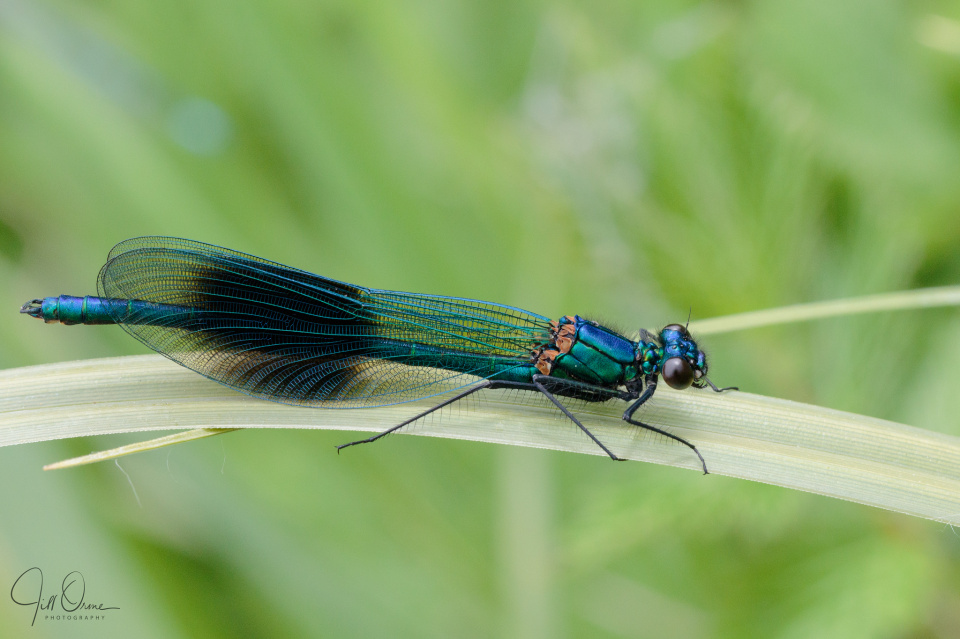 From the sublime to the cor blimey: yesterday Chartley Moss, today Coventry, where I had to go for some very minor maintenance on the car. On the plus side, being in Coventry gave me the perfect excuse for visiting Brandon Marsh, where all sorts of stuff was happening.

I had a very close encounter with an enormous rabbit, that treated me and my big lens with the contempt it clearly felt we deserved – staring balefully at us until I gave in, stepped carefully round it, and left it in possession of the path. I watched a nuthatch bringing multiple kids’ meals of insects and larvae home to its nest hole in a large willow tree. I popped into one of the hides, and in the minute it took me to question the sole occupant about what, if any, interesting birds were around, saw a (sadly distant) kingfisher make three dives – presumably also in search of meals for its own offspring. And I met my first ever wasp beetle, crashed out on a buttercup.

Dragon-wise, I’d been hoping for chasers, but failed to find any at the reed bed where I usually see them. But there were multiple pairs of large red damselflies drifting about, and several of them stopped to have their portraits taken. I like the shot I’ve put in as an extra today: it shows the difference in markings between the sexes quite nicely, but I also just find it a pleasing image – though sadly it’s not good enough to be A-panel material, because of the lower leaf cutting through the female’s body. I tried to get to a position from which the view was uninterrupted, but it couldn’t be done; I do wish these creatures would think about the needs of the poor photographer when they choose their perches. 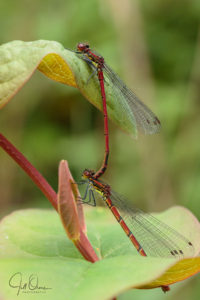 My happiest encounter of the day though – and this won’t surprise you if you’ve been following my ramblings for any length of time – was with a little clutch of fresh banded demoiselles. I love a demoiselle – every time I see one it astonishes me that I managed to exist for over half a century without even being aware of their existence, but I’m making up for lost time now, with my fandom level ticking up towards “obsessional”. Luckily, I’ve been chasing around nature reserves for long enough now to be developing a mental map of where to look for specific species such as this: I didn’t fall over the demoiselles today, but went looking for them, and found them in exactly the place where I thought they might be. This was the most cooperative of the half dozen males and one female that were fluttering back and forth between a reed bed on one side of the path and a nettle bed on the other. He posed rather well, in a position where I could get to him without nettling myself, and sat still while I faffed about trying to get all of him within the plane of focus – so it’s only fair that I should immortalise him by posting his portrait.