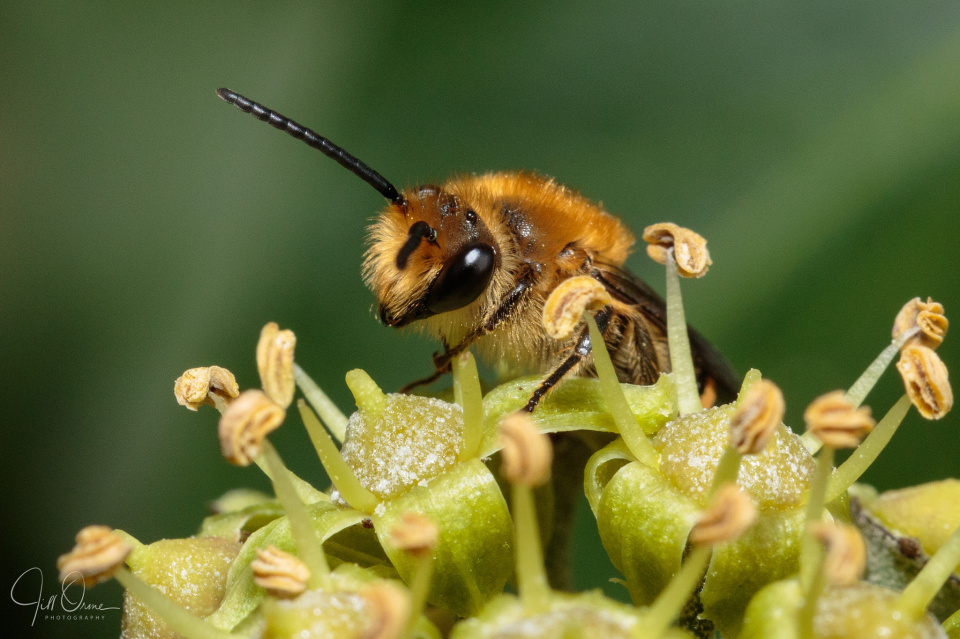 It was a fairly grim day, weather-wise, and although there were invertebrates around they were skittish. Between this, the poor light, and a gusty breeze, I was struggling with the exposure triangle, and in the end I decided to stop suffering for my art and broke out the flash gun. There’s a school of thought that all invertebrates hate flash, and that it’s therefore almost cruel to use it, but during the hour I spent experimenting this afternoon I came to the conclusion that this is too simplistic. While some large flies such as tachinids reacted very strongly, most of the smaller ones didn’t, and bees and hoverflies didn’t seem to care in the slightest.

There are other problems with flash of course: working outdoors you can’t generally bounce it unless you’re using a reflector, and as I was working alone in a stiff breeze I felt that this was one piece of equipment too many, so I had to keep the power quite low and use a diffuser to avoid harsh shadows. This meant that I had less leeway to push up the shutter speed, and as the need to allow the unit to recharge meant that I couldn’t shoot on burst, and most of my subjects were restless, I still suffered quite a few failures due to loss of focus. Overall though, the experiment was pretty successful.

The most difficult of all the subjects I tried to photograph today were the ivy bees. They seemed to be frightened of every other insect on the ivy, as well as of me – which isn’t wholly surprising because they were among the smallest creatures there, and some of the larger bees and wasps were in quite an aggressive mood. But this little male appeared to be taking a break when I spotted him; this isn’t a sleeping posture, so I don’t know what he was doing, but he was entirely still for almost half a minute, which gave me more than enough time to capture several portraits. This is the last I took, and the closest, and I hope you’ll agree that he doesn’t look even slightly agitated or concerned.