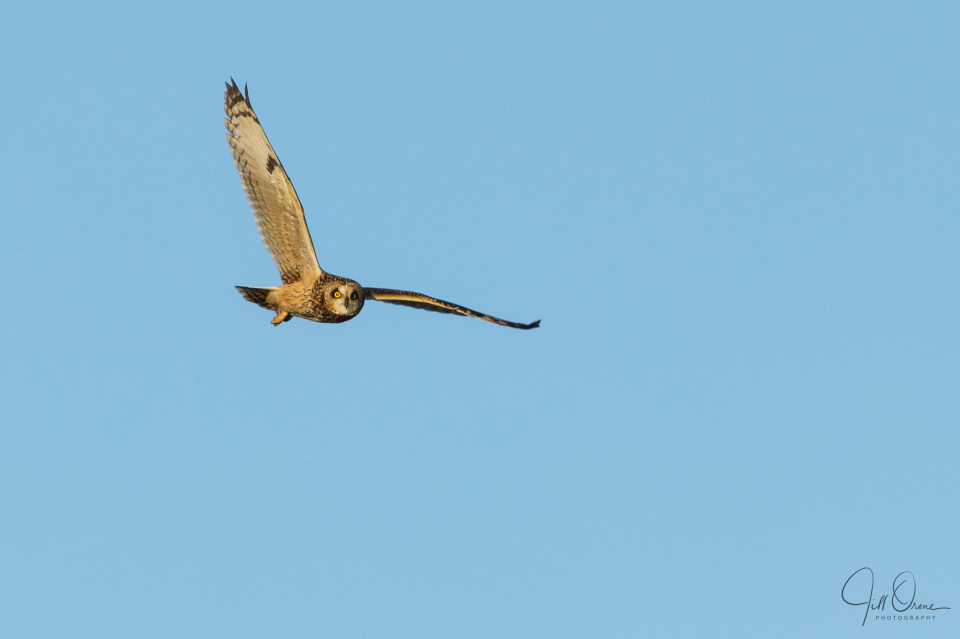 I spent all morning at the computer, but when the sky cleared at lunch time I started to get restless, and when it became clear that the end of the day was going to be golden, the temptation to go owling became too strong to resist. Just for an hour, I thought – so I left home a little after 2pm, and reached the owl field at quarter to three, to find the verges jammed with cars, and photographers with huge lenses rushing hither and yon.

Four owls up, I was told. No, said someone else – there are six: one there, look, two up on the ridge, one over the stubble field, one down at the corner, and there’s one gone to ground down here somewhere – must have caught something, but it’ll be back up when it gets peckish again. Haven’t seen you in a while….? I explained that it was my first day out this winter, and they laughed and said I’d chosen a good one – it’s been horrible for weeks, they said, so you were better off out of it, but today is perfect.

And it was. I’m terribly out of practice, and I could probably have done with using a monopod, but I still got enough decent images that I’ve struggled to decide what to post this evening. In the end I passed the decision to R, who has chosen this shot because he likes the clean background. It will look much better full-screen, if you have the time – and I’d love it if you’d check out my last two extras of the year at the same time. 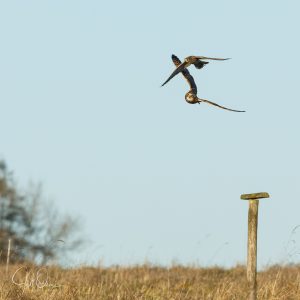 The first extra shows this same owl finally turning on a kestrel that had been trolling it for the previous five minutes, and the kestrel having a bit of an Ooops! moment when it realised that it was potentially in trouble. It zoomed away without contact being made though, and the owl immediately forgot it and went back to quartering the field. The second extra shows my favourite owl of the day – a lovely bird with very pale, rather downy plumage – coming in to land on one of the owl posts. I can’t seem to stop myself thinking of this one as a female, though in truth it’s very hard to tell the sex of a short-eared owl, because when it landed on the post it looked remarkably like a Victorian matron wearing a bonnet and a fur stole; it also has the fattest and furriest feet I think I’ve ever seen on a shortie. 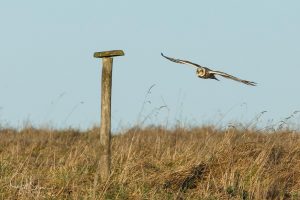 Last winter was pretty poor for owls in the high Cotswolds; no-one really knows why, but my guess is that the hot, dry summer caused the vole population to crash, and there simply wasn’t enough food to sustain the usual number of birds. On today’s showing though, they’re back in force this season. I’m delighted to have finished my birding year on such a high note, and I’m looking forward to more owling sessions as the days lengthen in the New Year.