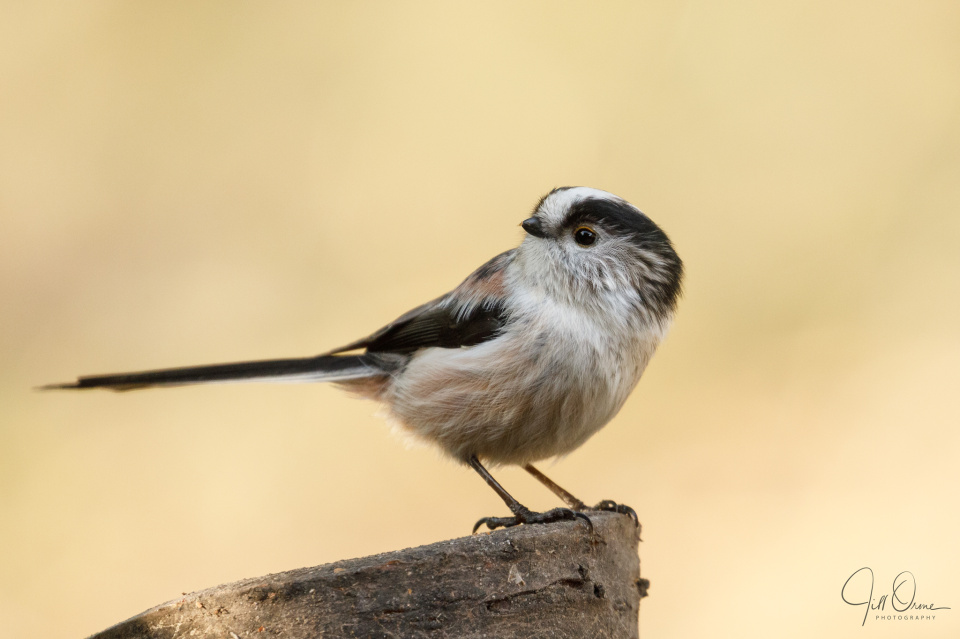 It looked like being a fine afternoon, and I thought quite seriously about going owling, but I decided that it wouldn’t be sensible to go and stand on top of the Cotswold scarp for hours when I’m only just beginning to feel properly well again. So instead I took myself off to Hillers, and spent an excellent forty minutes in the bird hide. The light was unusually good, and although I only took a few dozen frames, most of them were at least potential keepers. I’ve had to cull them pretty ruthlessly.

I’ve decided to post this long-tailed tit because it’s very cute, and because it’s rare to get so close to one with a decently diffused background. They’re not very frequent visitors to the Hillers bird table, and I was pleased when I heard the tell-tale wittering that announced a small flock of them coming into the clearing. But unlike the more regular diners they weren’t very keen on feeding so close to the hide, and most of them whizzed in and straight back out again – so I was lucky that this one did pause for a split second, and that I was able to get focus in time to capture the image.

Just as I was beginning to think about leaving, the nuthatch arrived and made my afternoon complete. I’ve put a rather noble portrait pose on my Facebook page, and another shot as my extra here in which it was demonstrating that it was equally happy either way up. Fun nuthatch fact: this is the only British bird that will walk down a tree head-first. 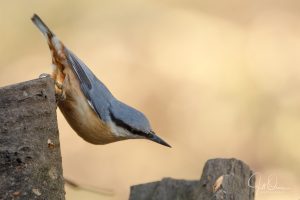