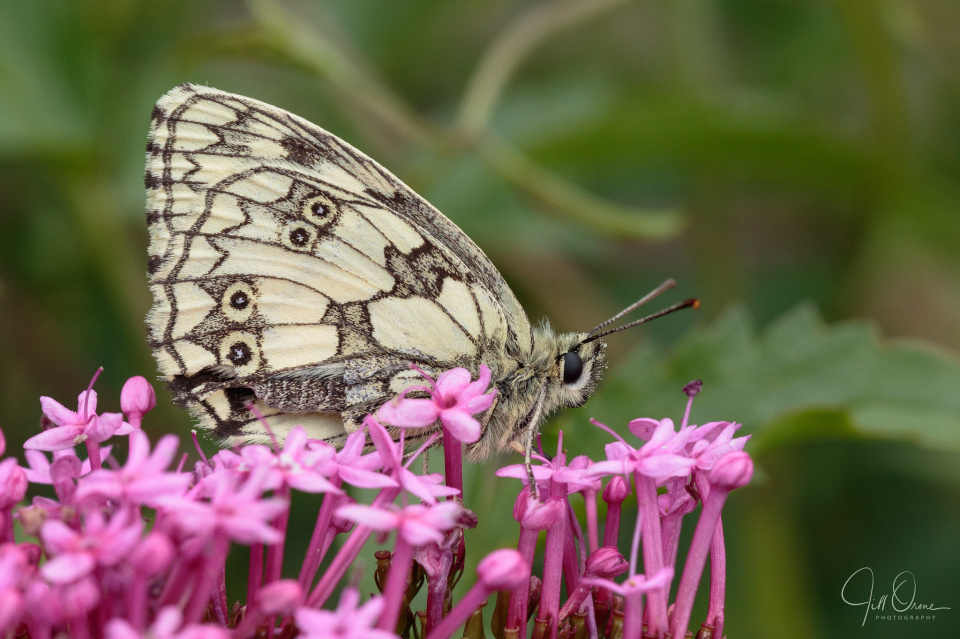 I said a few days ago that I thought gardens were going to be especially important for nectar-feeding insects this summer, because the lack of rainfall has left many wild places bare of flowers. I think my point was proved this afternoon when I walked out into the front garden and immediately spotted two Small Tortoiseshells, two Meadow Browns, the Large Skipper I’ve added as an extra, and this Marbled White, as well as a plethora of bees and flies. 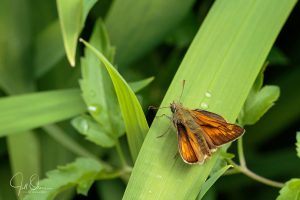 Small Tortoiseshells and Meadow Browns are regular visitors to my flower beds, but I don’t remember ever photographing a Marbled White or a Large Skipper on our property before. I looked for both species on my walk the other day, but found neither in the two meadows I searched, nor very much for them to eat if they did appear. Now that they’ve found this border I hope that these two will remember it; certainly the Large Skipper was being quite territorial towards other insects, though the Marbled White (which though fresh has already lost a battle, probably with something thorny) was more interested in feeding and resting than in fighting.

Both these individuals are male, by the way. The markings of a Marbled White female are a much paler brown than this, and a female Large Skipper lacks that strong diagonal line on the forewing, which is called a sex brand, and contains specialised scent scales.