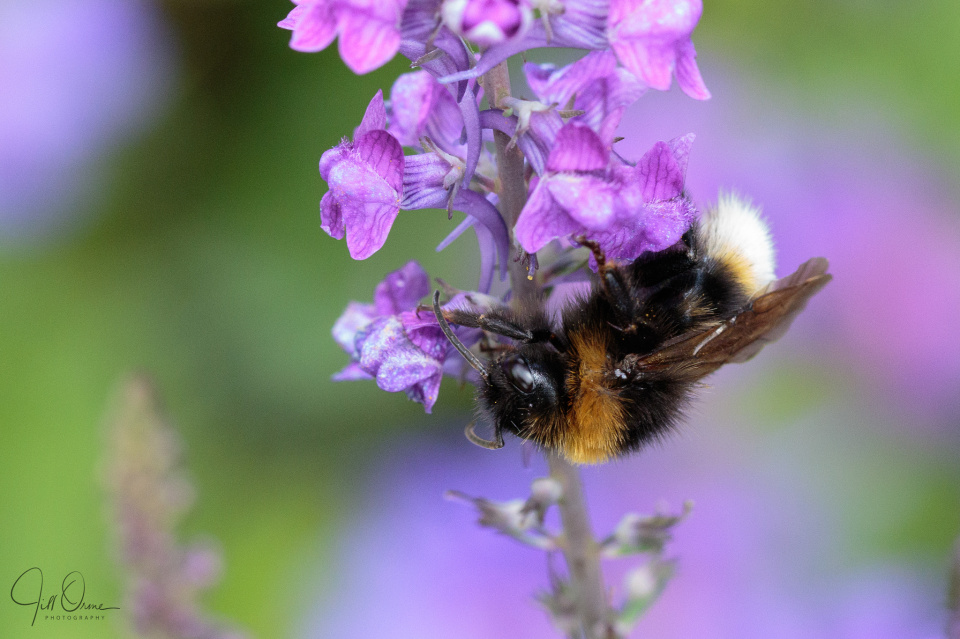 Another day, another bee on toadflax – but this time a female cuckoo bee, and she was sound asleep. Personally I would have chosen a more stable resting place, because there was a fierce breeze blowing and the long thin stems of the toadflax were being whipped around, but she seemed completely oblivious to the movement. My close interest did wake her though; in response she laboriously turned round through 180°, re-anchored herself, and went back to sleep.

One might ask what could have caused a cuckoo bee to be so tired, given that they don’t do any actual work: this is the social parasite of Bombus terrestris, and its reproductive strategy is to find a B. terrestris nest, supplant the queen, and put the colony to work for itself instead. But they are very keen feeders (much like myself), and their browsing habits tend towards the frantic. Being large they’re carrying quite a bit of weight around as they rush from flower to flower, so I guess it’s not unreasonable that they need to stack some zeds from time to time.