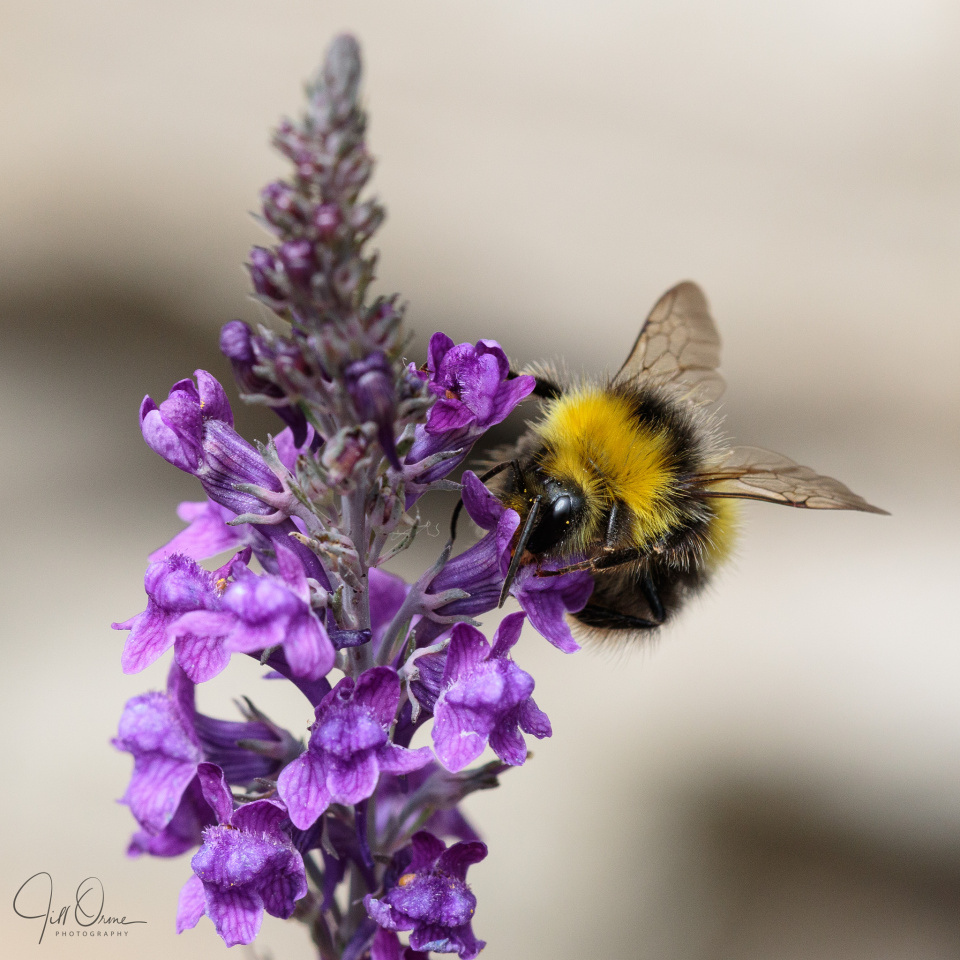 The weather has turned somewhat grim since Tuesday: it’s cold and dark, and conducive neither to bug activity nor the photography thereof – but yet we haven’t had the rain we quite desperately need. I will feel rather embarrassed if I have to use the garden sprinkler while it’s like this, but I may be forced to it. As it is I’m lugging cans full of water around, to try to preserve treasured plants that are struggling in the drought.

Yesterday it was so dark that I was lucky to have nailed a photo of the juvenile starling, because most of my macro shots of the few bees that were still bravely working were frankly pretty hopeless. Today at least we had a brief period when the cloud thinned, and for a few minutes there was even a little blue sky visible, so I took advantage, grabbed the camera, pushed up the shutter speed, and scuttled round the garden to see what I could find.

There are three bumblebee species of which the males are superficially similar – they all have yellow faces, yellow and black bands, and red tails. But one, Bombus monticola, is a heathland species and I don’t think I’ve ever seen one, and of the other two, Bombus lapidarius has almost no yellow on its abdomen and a thick orangey red tail band. This pretty chap, with extensive yellow on his thorax and abdomen and a small red tail, is Bombus pratorum, the Early Bumblebee – so plentiful in my garden at the moment that I tend to award this identity to every yellow-faced bumblebee I see, though that isn’t necessarily correct as I do have B. lapidarius here too.

This photo really works for me as an image, which is why it’s here, but it’s not as descriptive of Mr B. pratorum as some others that I took today; luckily there’s another – perhaps better of the bee, though not so good of the toadflax – in a small post I put together of today’s best garden finds, which you can see on Facebook if you’d like to.