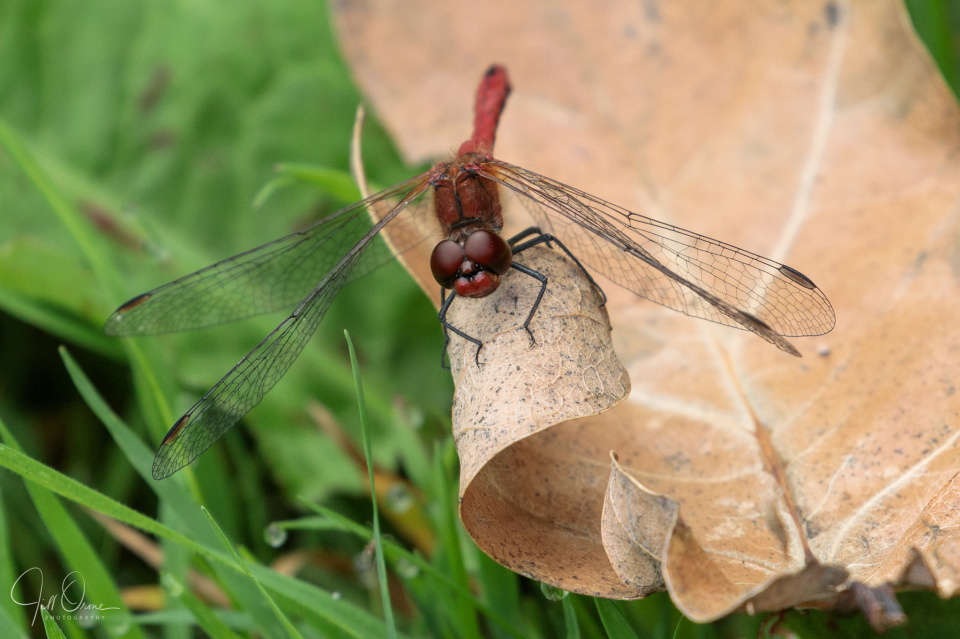 The dragonfly walk at Croome: so poor today, I did it twice. Two and a half times, if you add in a third circuit of the lake. Still, at least all the steps justified me making a chicken and pesto risotto for dinner.

Though there have been some dragon highlights this summer – most notably the adoption of our new ponds by damselflies and Southern Hawkers – overall, it has been a dismal season. The Covid lockdown put a spoke in the early part, with organised walks and workshops cancelled; and even after lockdown was lifted, restrictions on things like cafés and public loos have made lengthy trips to Odonata hotspots problematic. And then we lost much of August to horrible weather, and that seems to have put paid to the second half of the season. Over the course of three and a half hours today, I found just six Migrant Hawkers, three Ruddy Darters and one blue damselfly (which disappeared as soon as I lifted the camera, so I didn’t even get a record shot of him).

I haven’t yet given up all hope: dragons follow the food, and spend quite a lot of their time hunting in woodland, and I think that if the weather were to suddenly turn warm and sunny again the numbers appearing at breeding sites might yet go back up. But it seems unlikely that this autumn is going to follow the pattern of last year, when I shot Hawkers and Darters all through September, and Migrant Hawkers right up to the third week of October. While I was making dinner tonight I depressed myself by looking at the chart of Odonata flight periods I’ve stuck to the fridge, and ticking off the species that should, or at least could, still be on the wing, but which I haven’t seen now for two or three weeks.

It’s going to be a long winter.

Anyway. This little male Ruddy Darter surprised me this afternoon by being remarkably fresh, with no obvious wing damage. Having, it would seem, arrived a little late to the party, I hope that he can find some females to play with and doesn’t have to live out a bachelor existence. He gets the nod tonight because he’s rather less depressing than some of the tattier specimens I photographed, and because he chose to illustrate my point about the season drawing towards its close by posing on a fallen leaf. 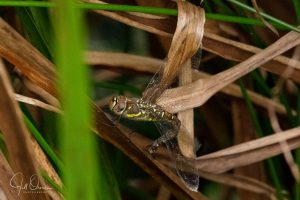 My extra is a female Migrant Hawker, ovipositing deep in the darkest reed bed at the lake. The ISO on this is 8000, so it’s not going to be entered into any competitions, but I was very pleased to capture the moment because Migrant Hawker females are quite secretive when laying their eggs, and I was only able to track her down by the rustling of her wings as she moved amongst the reeds. Her oviposition style was quite different to that of a Southern Hawker: they’re usually very focused, and having found a substrate that suits them will lay into it for several minutes if they’re left undisturbed, but she was very restless, laying at any one place for just a second or two before moving on. This, of course, didn’t make her any easier to photograph, and I only got one sequence of half a dozen shots on rapid burst, before she moved deeper into the foliage and I lost sight of her altogether.