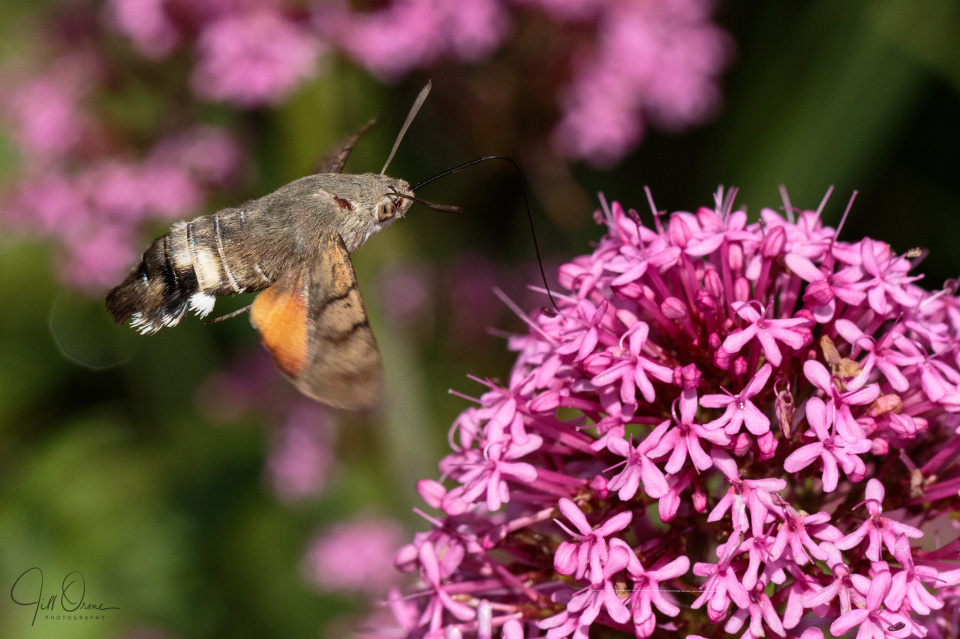 How lucky was I?

After being kept inside all morning by bad weather, I finally made it out into the front garden at about 2pm, and as I took my first photo of a hoverfly, something zipped past in my peripheral vision. When I realised what it was I ramped up the shutter speed, because Hummingbird Hawkmoths don’t land (well, I suppose they must at some point, but I’ve never seen one at rest), and they rarely even hover for more than a split second. The light was tricky, and with the moth in constant motion I didn’t have time to keep adjusting for it, so quite a few of my shots were lost to overexposure and sky-high ISO (as well as quite a few to my subject suddenly removing itself from the frame), but about a dozen did come out. Interestingly though, even 1/3200th of a second wasn’t enough to freeze that wing motion.

Just over a minute later the moth was gone again, and though I looked out for it for the rest of the afternoon, it didn’t come back – so if I hadn’t been there at that exact moment, I’d have missed it.

I don’t think R understands my love of these bizarre creatures – and viewed objectively, they are ugly – but I find them compelling, partly because they’re so unlike any other insect we have in the UK, and partly because they’re so very difficult to shoot. The Hummingbird Hawkmoth used to be described as a migrant, and it still occurs in highly variable numbers each summer, depending on the success of its influx from the Continent; but it’s now believed to be partially resident, especially in south-west England (which just about covers us, here in the Shire). Where it does breed, it hibernates as an adult, and like our adult-hibernating butterflies can emerge on warm days in winter; one was recorded in Worcestershire in February this year. Obviously I have no idea whether this individual is native bred or immigrant, but I see this species so regularly on the red valerian on my front garden wall that I like to think there might be a breeding colony locally that appreciates my lackadaisical gardening.

On the subject of gardening, and just in case you’re unenthralled by day-flying moths, I’ve put in an extra photo today: I planted this peony about four years ago, and this single bloom is the first it’s ever produced. I think it was worth the wait! 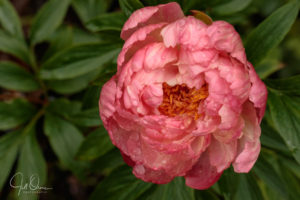