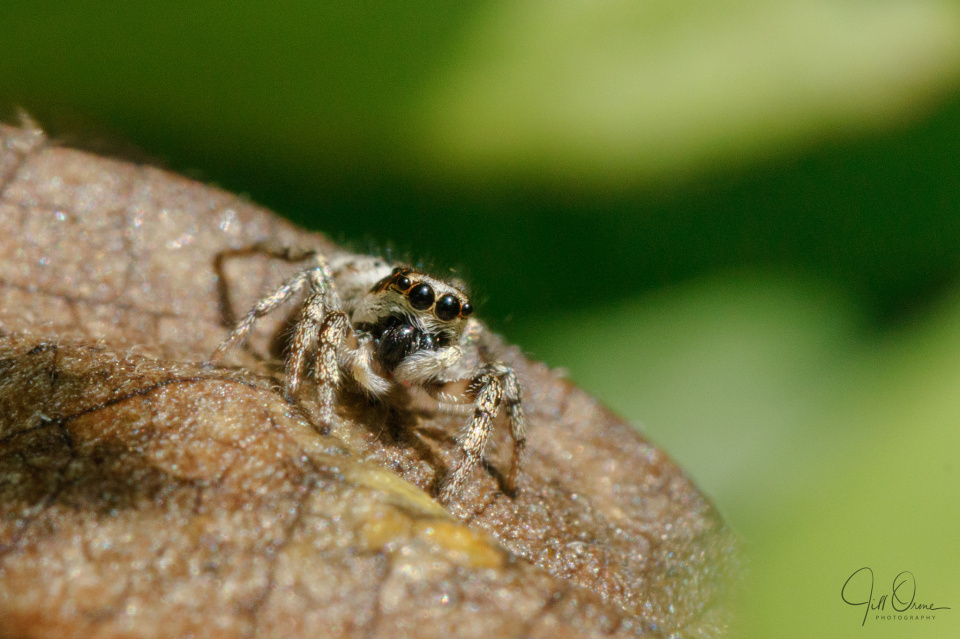 My Covid took a bit of a turn for the worse last night, with the cough suddenly becoming harsher and more unpleasant. Consequently I had a bad night, and I was tired and stressed this morning. Over the day the cough eased again, but I can’t say I feel as though it will be leaving any time soon. Because of my aberrant immune system I was always worried that I might have a difficult time if and when I did catch Covid, so this isn’t really surprising – but obviously I’d very much rather have been wrong.

Distress at being unable to see Baby B this week, and worry about having to miss another choir rehearsal when we’re fast approaching a concert, have been tempered at least a little by the upturn in the weather, which has allowed me to spend much of the last two days pottering around the garden with a camera, looking for invertebrates. My first stop this morning was the honeysuckle on the yard wall, where I soon spotted both of yesterday’s zebra spiders, and spent a happy half hour or so following them both around. I then went on to photograph numerous other tiny beasts, but having secured a face-on headlamp shot of this spider I find it impossible not to post her again. I’ve been told by the administrator of the spider identification group on Facebook that she’s Salticus scenicus, the most common of the three UK zebra spiders.

Fun zebra spider fact: they don’t spin webs, but jump on their prey and immobilise it with a venomous bite before eating it; however they do have spinnerets, from which they produce a kind of safety line, which they attach to the surface on which they’re standing before they jump. Thus if the jump goes wrong for any reason, they don’t fall to the ground but can get back to where they started. I like to think of it as a bungee jump, but with dinner included.