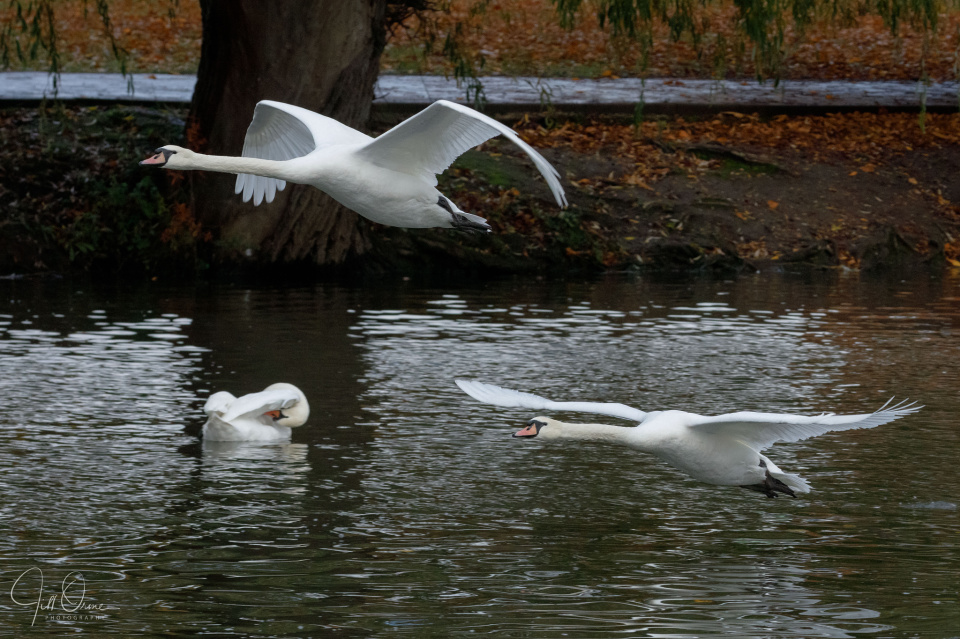 Another Monday, another WHAT???!!! o’clock appointment at Stratford Hospital, this time for a scan. The joy of being middle-aged, with a long-term medical condition…. Reasons to be grateful however: firstly, it got me up and out of the house early, on what turned out to be a rather pleasant morning; and secondly, I wasn’t presented with a bill – something I no longer take completely for granted. Having been the first patient on the morning list, I was released back into society within just a few minutes – surprising R, who’d expected to be waiting for me for much longer and had gone off to get himself a coffee. When he turned up back at the car we drove into Old Town, re-parked, and walked along the river into Stratford to do some shopping.

I took all of today’s photos in the space of just eight minutes, snapping a grey heron that flew in and landed across the river in the RSC Gardens, a flight of swans (including this pair) moving westwards along the river towards and past us, and a tufted duck in some crazily reflective water near the theatre. I even managed to impress my husband, which is always a bonus: a few frames into a high speed burst sequence of the swans taking off, my battery died; but I managed to produce another from my inside pocket, change it over, and start shooting again, before they had time to reach and pass us. Whenever I’m out with the camera there’s at least a 50% chance that I’ll have left all my spare batteries somewhere where they’re no help to me at all, so I was moderately impressed with myself too. 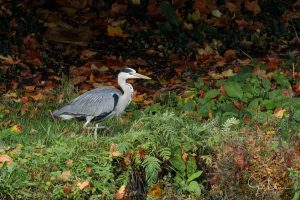 The swans get top billing tonight because I haven’t posted any in flight for a while, and it’s something I always enjoy seeing. The sheer bulk of a swan makes it quite a feat for them to take off – the upper bird here had essentially run along the surface of the water for several hundred metres before managing finally to get his undercarriage up and stowed – and their size, coupled with the distinctive creaking noise their wings make as they fly, tends to make you wonder if they’re going to be able to stay airborne, or if they’ll ultimately have to give up and crash back down. (I was once standing on the Tramway Bridge when a swan flew directly towards me, and fearing that it wouldn’t get enough height to clear both bridge and pedestrians, I had to fight a strong inclination to duck.) Speaking of ducks (arf, arf), I’ve posted both the tuftie and the heron as extras. For the record, the tufted duck count has gone back up to twelve, but I didn’t have time to go and meet them all, to check how many are new arrivals. 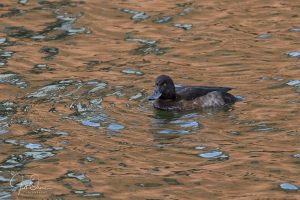 After doing our errands, R and I went out for lunch, for the first time since March. Hillers at Dunnington now have a lot of outdoor tables, plus a little cabin place where you can order food and drink without having to go inside the restaurant, and they’re serving a cut-down version of their normal lunchtime menu. It was a slightly strange experience because the ‘crockery’ and ‘cutlery’ is all disposable, but the food was as good as ever and it felt like another little step on the road back to normality. It’s possible that one of us may have celebrated this by eating quite a lot too much, but I couldn’t possibly tell you which.