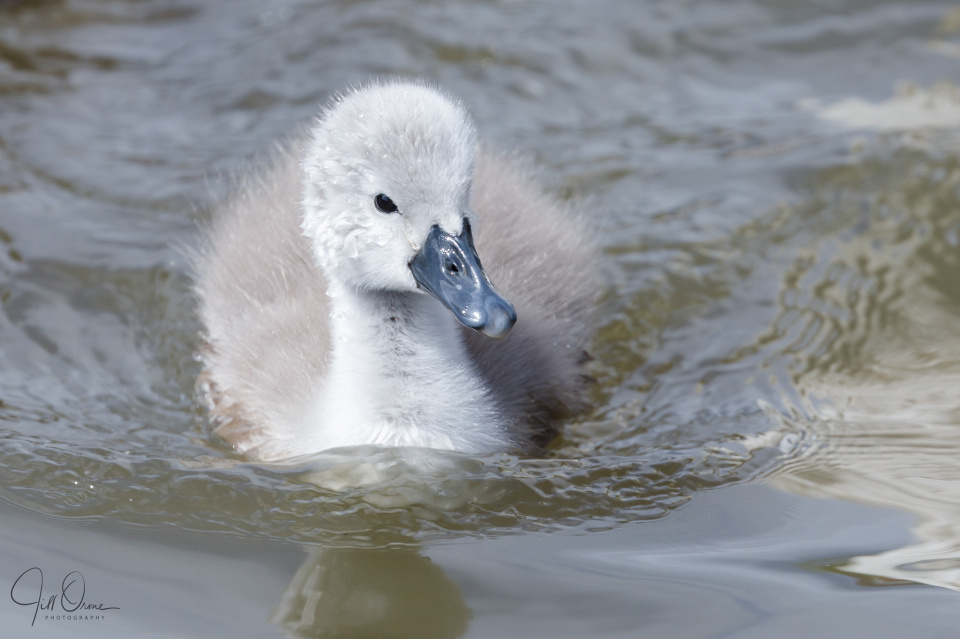 R and I went to Stratford this morning to run several errands, most of which were unsuccessful. We also got rained on, more than once, and I was almost blown into the Bancroft Basin while taking today’s photos. So it was a rather stressful experience, taken in the round, but encounters with baby creatures are always charming and cheering, and today we met more of those than we could properly count.

The five cygnets I posted last week are visibly bigger now, though still fluffy and cute. I had a bag of water bird pellets in my pocket, which I’d planned to throw into the river for the water fowl there, but it turns out that a begging cygnet is irresistible, and I wound up giving it all to the swan family on the Bancroft.

There were a few adult mallards hanging around the edge of the group, trying not to excite the ire of the swan parents, and I tried to throw some of the pellets out to them, but the wind brought it straight back in to the cygnets. I think they did manage to snatch a few beaksful, but it had all gone by the time the first duckling hove into view, bobbing across the basin at high speed. We were watching it and aaahing to each other when a second one appeared from the canal, followed a few seconds later by a couple more, and then a veritable mob.

It turned out that R had the end of a loaf of bread in his pocket (you never know when you might need to make an emergency sandwich), and he tore this up into small pieces and dropped it into the water, where it caused an absolute feeding frenzy. It was almost impossible to photograph the mêlée, let alone count its constituent parts, but I think in the end there were thirteen ducklings scrambling about. Or possibly fifteen. My extra features three and a bit of them. 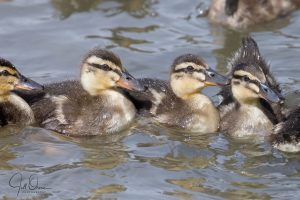