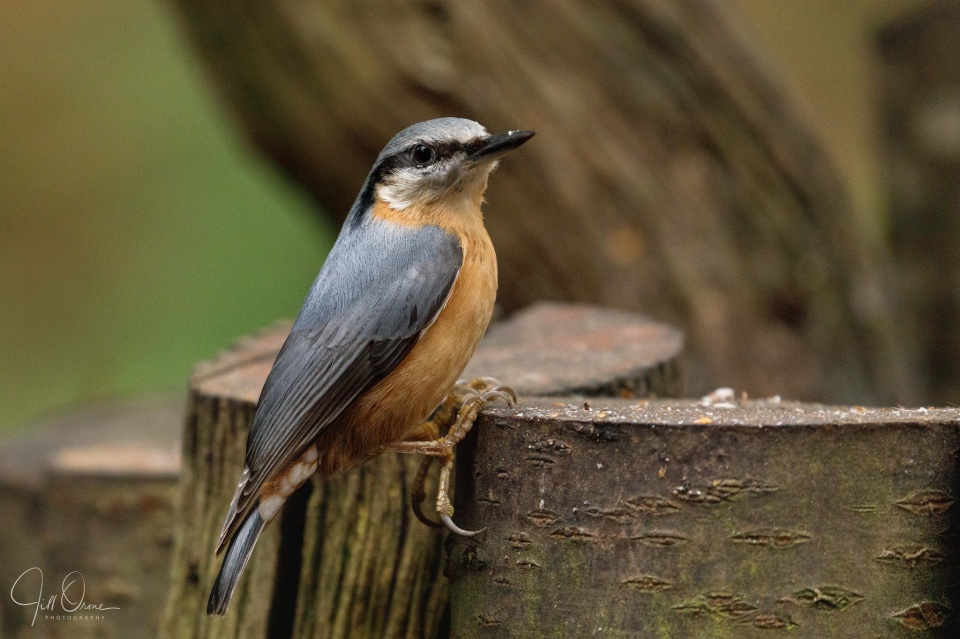 “Did you get it?” said the man sitting next to me in the hide.

“I think so,” I replied – with no confidence whatsoever, because in the forty minutes I’d been sitting there the nuthatch had made perhaps ten lightning visits to the bird table, and thus far I’d managed just two marginally usable photos of it. But when I pulled up the image on the back of the camera I was pleased, and when I showed him he said, “I wish I’d brought my camera with me now!”

My books describe the nuthatch as elusive, but if you know where to find one – and in winter a bird feeder is a pretty good place – they’re not especially shy; they are very quick though, and in poor light with a low shutter speed you need to have good reactions and a decent helping of luck to capture a reasonable image. They’re one of our more successful birds at the moment, increasing in numbers and range, so they’ll probably become easier to see over time. 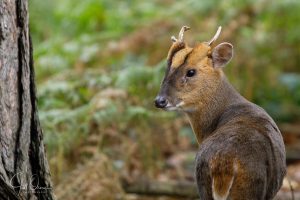 The extra, if you’ve never encountered one, is a muntjac buck. Muntjac are pretty common around the Midlands – we even have them in the village – but before today I’ve only ever once seen a male, and I think they must be more reserved than the females. That could be because they breed all year round, so females in their prime are likely to be pregnant and/or nursing young much of the time, and will need to seek out food quite proactively. The tiny antlers of this buck put me in mind of a faun, though I think I’m right in saying that Mr Tumnus was a little less damp and piggy around the nose than this.