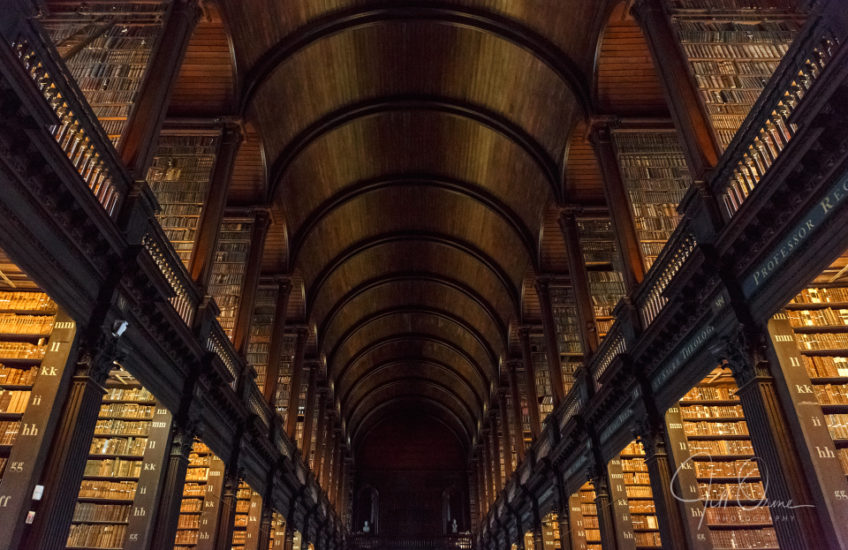 After an excellent breakfast we squelched off through the rain to the National Gallery of Ireland – which only reopened two weeks ago following its lengthy refit – to see Vermeer and the masters of genre painting: Inspiration and rivalry, which turned out to be well worth our trip across the Irish Sea. I’m always interested by the ways in which museum curators choose to slice and dice the works available to them in order to try to say something new about famous works of art – and in the case of an artist like Vermeer, who produced so few paintings in his short life, the ways in which they manage to pad out the small number of his canvases they’re able to assemble so as to make a decent-sized show – and I was very impressed by the way in which this exhibition was designed.

The central premise is that Vermeer was one of a number of genre painters working in the Netherlands at that time, and that all of these men were aware of each others’ work, and produced paintings which clearly show threads of influence and inspiration. So, for example, it begins with three paintings which all show a young woman feeding a pet parrot, and there are sections exploring scenes of courtship, of scholarship, of musicianship and so on. I’ve never seen an exhibition done in quite this way, with direct comparisons drawn between adjacent paintings, and it worked extremely well – not least in making me realise that some of Vermeer’s contemporaries were as skilled as he was, and not simply ‘also-rans’. I found the audio guide especially useful in helping me to ‘read’ some of the paintings, and in pointing up details which I might otherwise have missed.

If you’re in Dublin before 17th September I do recommend this exhibition very strongly; or indeed, if you’re in Washington D.C. between 22nd October and 21st January, because the National Gallery of Art will be its final stop. I should just warn you though not to expect Milkmaid, which is mentioned in this Forbes review – and indeed was in the show when it started out at the Louvre, but which has now returned to the Rijksmuseum and won’t be seen in Dublin or Washington. This is a little annoying, because R and I visited the Rijksmuseum during the time when Milkmaid was on loan to Paris and had hoped to catch up with it here – but it’s a small quibble in the scheme of things. I also highly recommend the refurbished National Gallery of Ireland, which is spacious and beautifully lit, and has some great work within its permanent collection; and its café, which serves delicious, freshly-prepared food in what I can only describe as Irish-sized portions.

Feeling the need to do some more walking after lunch, R and I waded around the corner to Trinity College and queued in the sodden quad for entry to the Book of Kells exhibition and the world-famous library. The exhibition was interesting, and the Book of Kells is, of course, extraordinary (though being contrary I actually preferred the homlier Book of Mulling, with its depiction of the Evangelist dressed as, and looking rather credibly like, an C8th Irish prince); and the library is world-famous for good reason: it’s almost impossible to believe that it’s a real place even when you’re standing in it. It’s also a complete zoo. Anyone who has ever passed favourable comment on the patience I exhibit when stalking tiny insects for macro shots would have seen a rather different side to me here: I believe that at points I was audibly growling, and R sensibly whisked me away for a cup of tea after just a few minutes. I was therefore surprised when he chose this (which I achieved simply by shooting above the level of everyone else’s heads) as his favourite photo of the day – but he said that it’s too amazing a scene not to be posted, and I think he’s probably right.

It works as a companion piece to my shot of the Rijksmuseum library – though that’s a far smaller (and much more civilised) space.