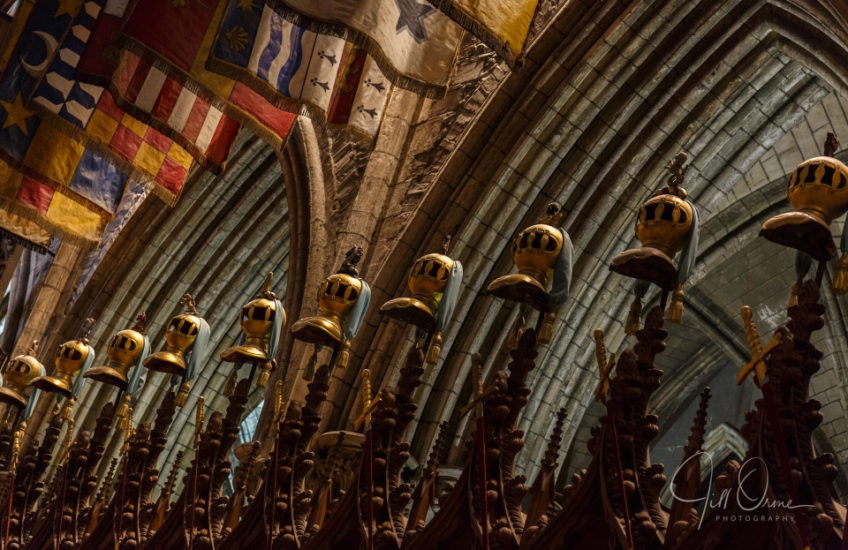 Out flight home wasn’t until the early evening, so after diving into another rib-expanding breakfast and checking out of the hotel we went to look for things to keep us occupied for the next few hours.

Having viewed the rather dour Christ Church cathedral on Tuesday, we thought we should pay a visit to Dublin’s other cathedral, which is dedicated to St Patrick – and which to my eye is a much more attractive and welcoming place. Christ Church is older, but St Patrick’s is bigger; it was constructed in the C13th in early perpendicular style, outside what was at that time the boundary of the city. It’s not known exactly when it was elevated from being merely a parish church to the status of cathedral, but it’s said that for some years there was considerable tension between the diocesan clergy who ran St Patrick’s and the Augustinian clergy of Christ Church. In 1300 an agreement was drawn up which allowed the two cathedrals to begin operating as one unit, though with Christ Church recognised as having seniority; this agreement stayed in force until 1870, when the Church of Ireland designated Christ Church as the cathedral for Dublin, and St Patrick’s as the national cathedral for the whole of Ireland.

During the century preceding 1870 St Patrick’s served as the chapel of the Most Illustrious Order of Saint Patrick, a chivalric order created by George III which still technically exists, but which has been effectively defunct since Irish independence in 1922. The heraldic banners of the men who held the Order in 1870 still hang over the choir stalls, and the stalls themselves are decorated with these rather fetching little helmets. I’ve never seen anything quite like this anywhere else, and I was rather taken with them.

After touring St Patrick’s we spent a couple of hours in the National Museum, which has some interesting Bronze Age and Viking exhibits, and then swam round to the National Gallery of Ireland for lunch. After which we were virtually incapable of further movement, so we waddled back to the hotel and took advantage of their WiFi until it was time to take a taxi to the airport.

The extra: R vows that this is absolutely the last time he’ll obey the instruction on a bottle of potion labelled ‘DRINK ME’. 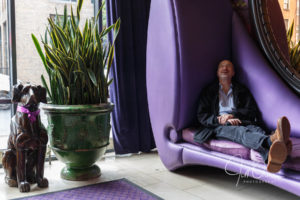