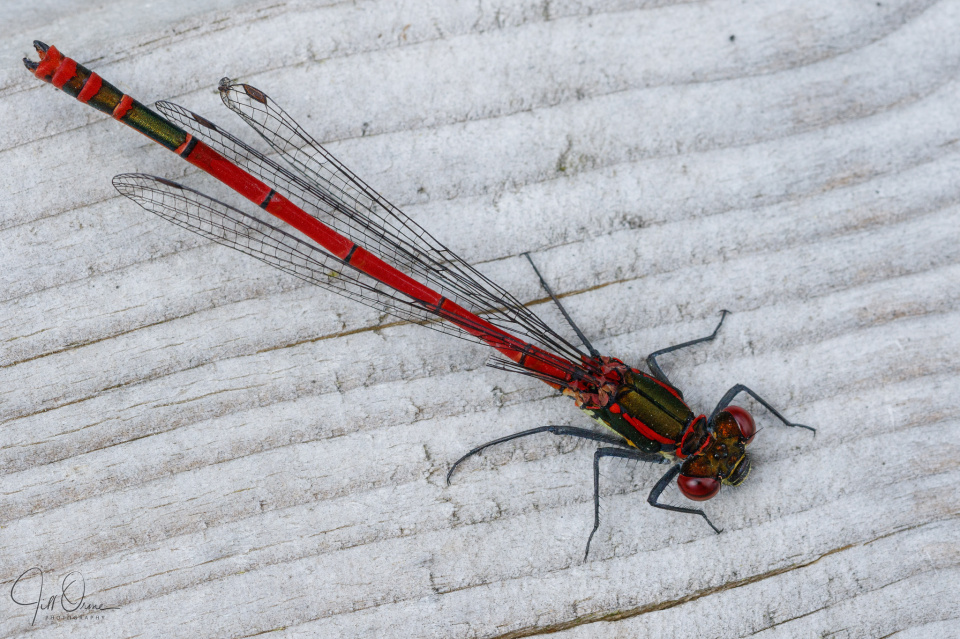 Although he didn’t emerge from it, this mature Large Red Damselfly has decided to claim our patio pond as his breeding territory. I just hope that a female turns up there and makes it worth his while. Because he’d been flying fast and competently I didn’t have any particular reason to examine his wings, and it was only when I processed this image that I realised that the left hindwing is slightly mashed at the distal end – almost certainly due to it having been damaged while he was inflating it – and the right one is missing altogether, apparently having been bitten or cut away very close to its point of attachment. It’s interesting to see what these apparently fragile little insects can survive, and how well they can adjust to a deficit like this.

The Family B arrived at lunch time for their weekend stay, and most of R’s and my afternoon revolved around entertaining (and being entertained by) Grandson One when he was awake, and pushing him around the village in his pram when he needed to be asleep. It’s lucky that his parents are just about old enough now to fend for themselves, and could be left sitting in the garden with a supply of food while we concentrated on the important member of the family.