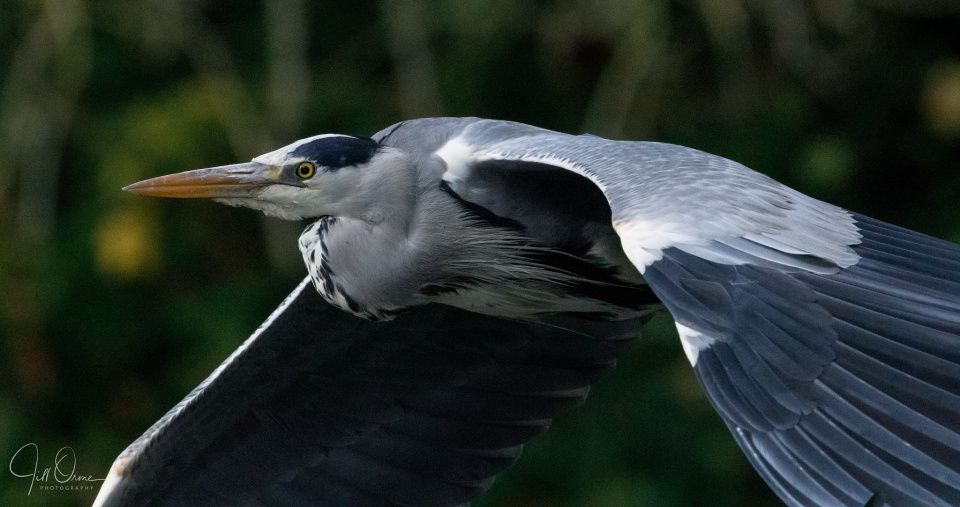 Yes, it’s true: I am taking a liberty. Although the brief I set for Tiny Tuesday was macro or close-up images, and this grey heron was so close to us that I couldn’t get all of it in the frame, there’s clearly nothing tiny about it. In my defence, I have posted a tiny green shieldbug as an extra, but even so I think I’ll probably have to disqualify myself from this week’s challenge. 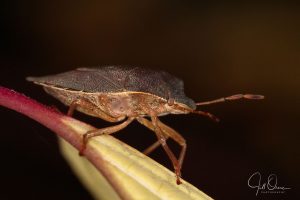 This, though was by such a margin the most exciting moment of my day that I couldn’t possibly not record it here. R and I were walking along the south side of the river Avon, on our way into Stratford to do some (highly essential) shopping, when he pointed out this grey heron, standing on the opposite bank. In much the same place as I photographed one a couple of weeks ago, actually, and quite possibly the same bird. As I raised the camera, the heron took off and flew straight towards and then past us, and all I had time to do was spin the dial to get some shutter speed while jamming my thumb on the focus button, and then fire a burst of shots. In less than a second, the bird was gone.

The good news: five of the eight frames I took contained enough heron, and were well enough focused, to be keepers. The bad news: I pushed the shutter speed (and with it, the ISO) much higher than I’d intended. I imagine that 1/8000 second is an excellent speed for flight shots if you’re working in Floridian sunshine, but it’s a little over-ambitious in the gloom of a Midlands afternoon in November. Despite the grain I’m pretty happy with this though, and I’ll even admit to being just a little smug at having bagged the shot under these circumstances.