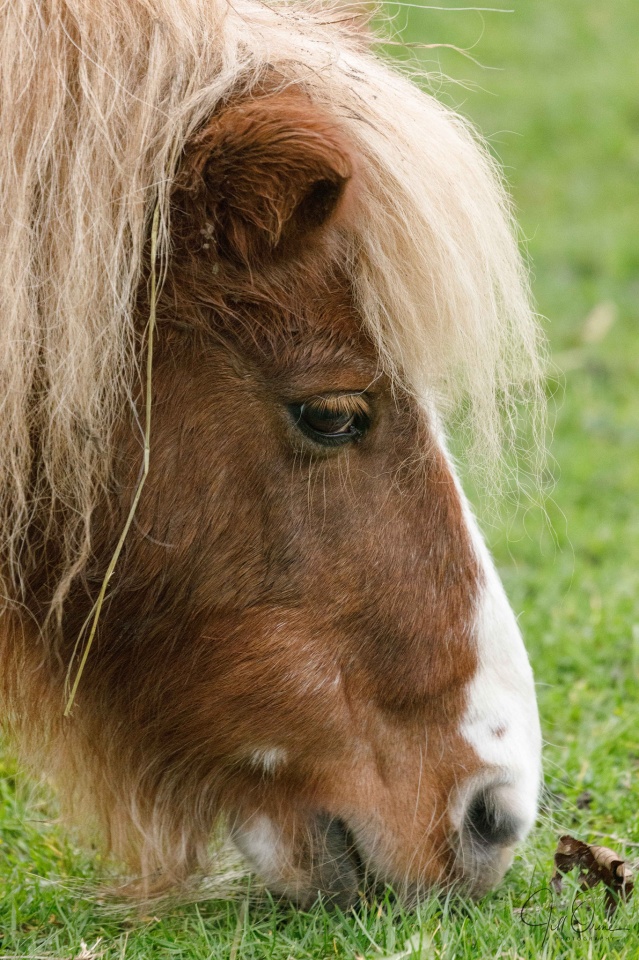 I walked the entire parish this afternoon, in search of winter thrushes. And found them – both redwings and fieldfares – but sadly they were far too skittish to let me within reasonable photography distance, so all I managed were confirmatory record shots.

This is one of two Shetland ponies that share a small paddock at the local farm animal sanctuary. The other one (which is the smaller of the two, and looks as though you could pick it up if you were prepared to put your back into it) came trotting over expectantly as soon as I started taking its photo, and though I didn’t have any treats about my person was happy to lean against the fence and have its head scratched. As soon as this one marched over though, it skittered away – so I think it’s fair to assume that this is the boss.

Having grown up on Thelwell cartoons, I have a quite particular mindset when it comes to Shetland ponies, and assume that they’re probably dangerous even if they do only stand thigh-high. Given that, and his apparent alpha status, I was quite cautious when giving the boss his own head scratch, but I’m happy to report that all my fingers survived the encounter.