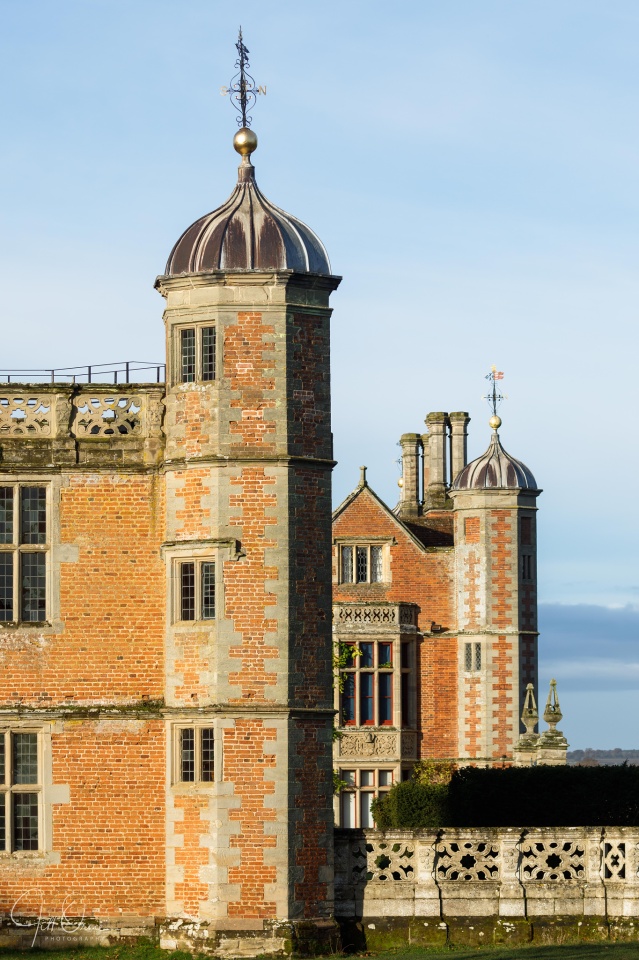 R and I had booked a walk around Charlecote this morning, and were blessed, as you can see, with a beautiful day. The fallow herd was not having a good morning however: when we checked in at the reception point we were told that West Park was currently closed, though they hoped to be opening it within the hour, and when I queried the reason, the reply was “deer management” – which soon transpired to be a euphemism for the herd being culled. I totally understand that it has to be kept at a sustainable size on what is (relatively speaking) a fairly small piece of land. And I don’t envy the people who have to do the culling, which I’d think is a pretty hateful job. But on balance my sympathy was with the deer, and if I’d known that the cull was taking place today I’d have stayed away.

In the event West Park wasn’t opened while we were there, so we were only able to walk Front Park and Hill Park, where there were mixed groups of anxious and agitated deer milling around, many of them still wet from having swum the river to get out of West Park at the first sound of shooting. I did take some photos, but to be honest I’ll probably end up deleting most if not all of them, because they convey the atmosphere that was hanging over the park too clearly, and it’s not something I’m likely to forget in a hurry, even without photos to remind me. Which is why I’m posting this, which is one of my favourite aspects of the house and gatehouse – especially in this morning’s golden light.

One rather odd thing happened during our visit. After the first part of our walk, and a cup of coffee, I went round to the unfortunately named Slaughter Bridge to check whether West Park was yet open, and found myself in conversation with another photographer. We chatted in a rather subdued fashion for a minute or two, and then he said, “The last time I saw you, you fell over.” “OK….?” I replied, thinking back over several occasions when I’ve thrown myself at the ground in front of witnesses and failed to miss, and not managing to attach his face to any of them. “Redditch,” he said. “Black-throated diver.” By this point his wife was looking on with interest, and I was feeling squirmingly embarrassed at the recollection of how many people watched my attempted back-somersault that day, but I think I scored well enough out of blithely saying, “Oh yes – that one. Fractured my D12 vertebra,” to have come away with a draw.