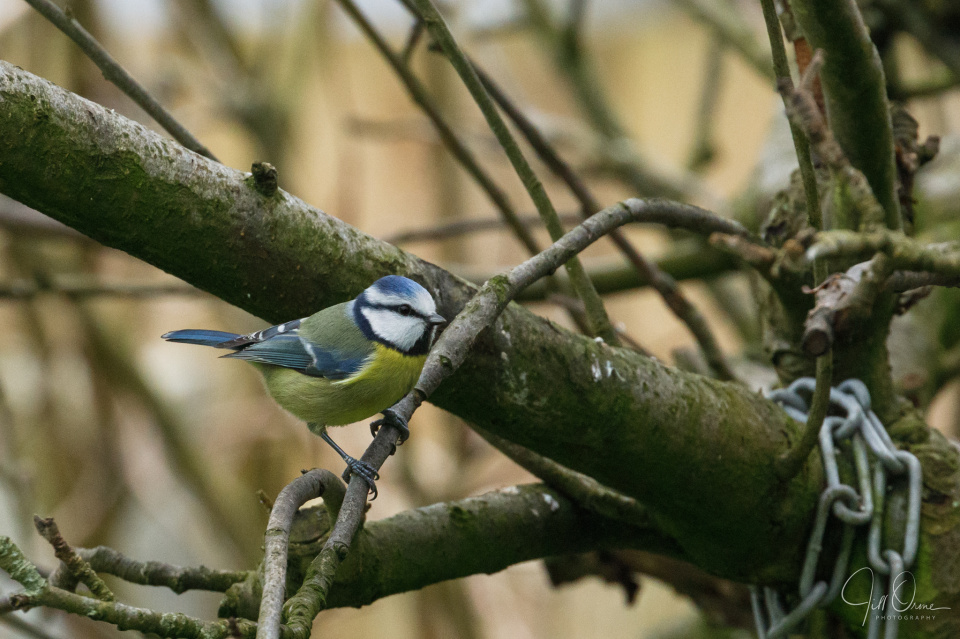 So apparently, the third Monday in January is – according to a ‘scientific formula’ – the most depressing day of the year. Except that the formula is rubbish, and there’s no evidence to support the claim. The concept was actually dreamed up by a psychologist about fifteen years ago, at the behest of a holiday company. Marketers, eh? Don’t you just love ’em?

I have certainly had many far worse days than I did today – some of them within recent memory. R and I decided to do gardening this afternoon, which would usually elicit a descriptive “eeeurgh”, but which unusually I really rather enjoyed. We concentrated on pruning shrubs that have been getting above themselves, and there’s nothing like removing several barrow loads of shrubbery down to the burn pile to let you see what you’ve been up to, and give you a sense of achievement.

After R declared himself ‘done’ and went back to the house, I stayed out for almost another hour, stalking the garden birds in the hope of some photos. They weren’t particularly happy about this, and by the time I was also ‘done’ I was chilled to the core, and needed a very brisk walk indeed to get my circulation moving again. But despite the discomfort I had a good time – it’s an almost meditative experience for me to watch birds at close quarters like this, and I feel privileged to be able to do it.

As blue Monday was on my mind, a blue bird seemed an appropriate marker.