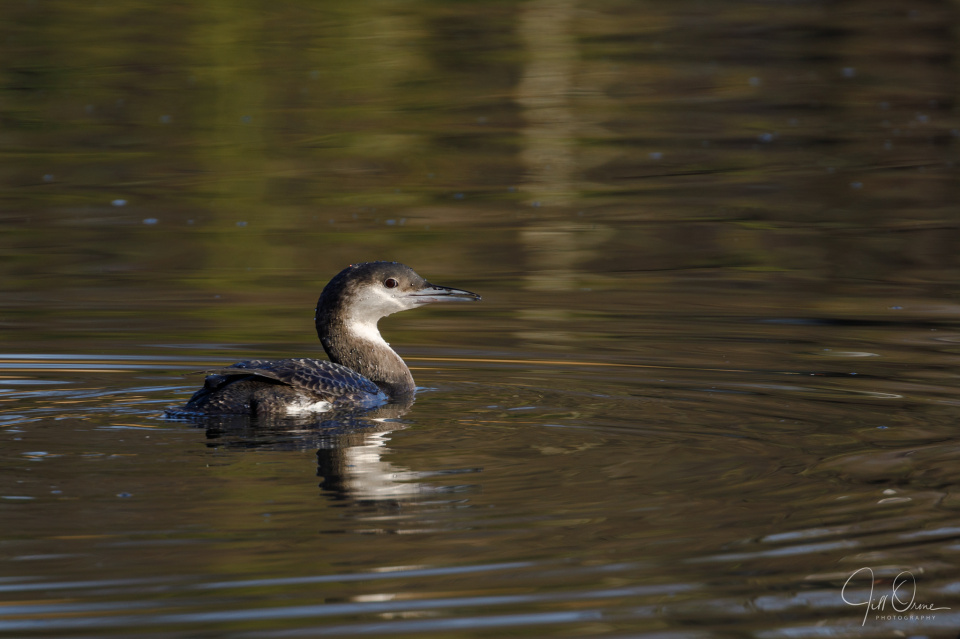 The arrival of this bird on a country park lake in Redditch is apparently the most exciting thing to happen in Worcestershire since the discovery of sauce.

Around 200 pairs of these medium-sized divers breed on Scottish lochs, and about 500 individuals winter around the coast of the UK – but it’s pretty rare for one to venture so far inland. They’re a Schedule 1 bird, being vulnerable as well as rare, and it’s illegal to approach them during the breeding season because they’re very easily disturbed from their nests.

This juvenile was so not disturbed by the large number of photographers chugging back and forth around the edge of the lake today trying to get close to it, that it spent a reasonable stretch of the morning drifting about asleep. It would be amazing to see it in its summer plumage – when it will look like this; but sadly it’s not going to be breeding in Worcestershire, so would need to be followed back to Scotland or to Scandinavia.

I’ve chosen this photo for atmosphere, but there’s a more descriptive image here, if you’d like to see it.

By the way, the second most exciting thing to happen in Worcestershire recently was one of today’s photographers stepping (unwisely) onto a sloping wooden fishing stand, having both feet immediately fly out from under her, and crashing down flat on her back – the fall broken only by a leather backpack containing a squashy camera divider (though fortunately no camera). One of the kind souls who attempted to rescue her then very nearly went over sideways on the absolutely lethal surface. I’m not saying that either of these people was me, but if you have any ideas as to how a heavy, boned, elastic and velcro back support can be made appropriately festive for a Christmas party, I’m open to suggestions.