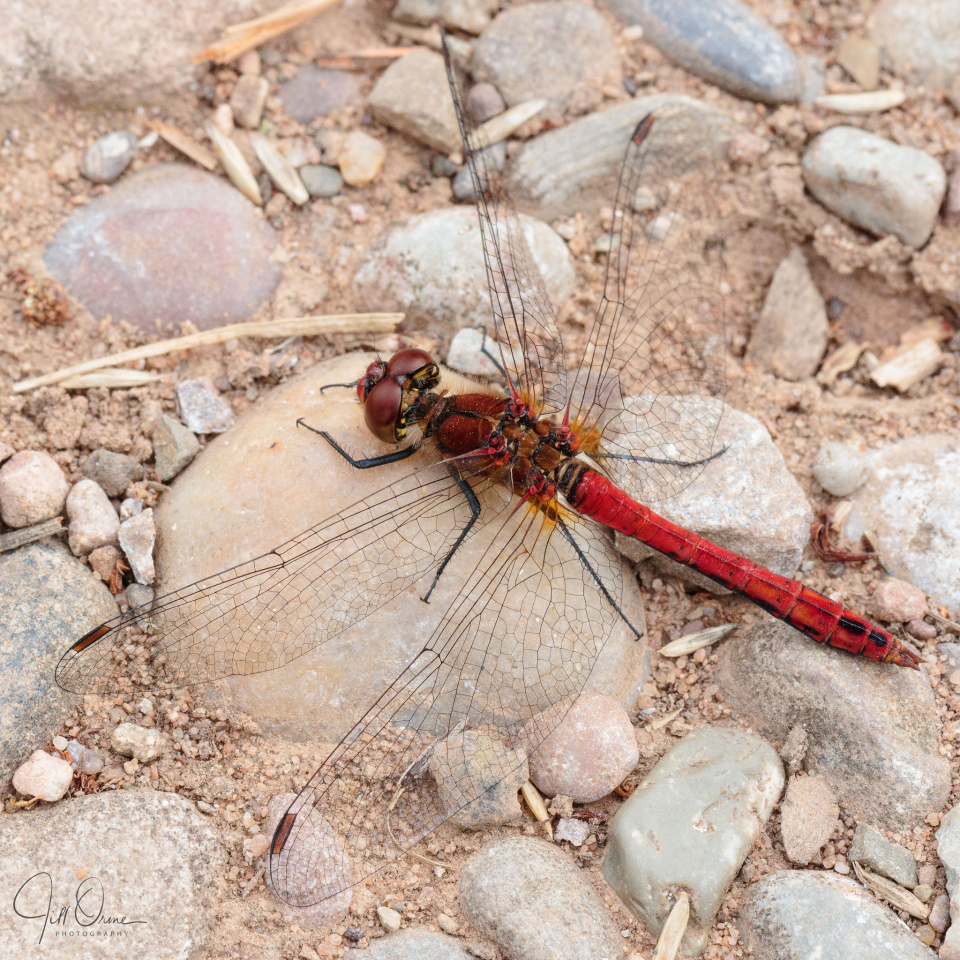 R and I went to Croome this morning, where the dragon-fest I was anticipating failed to happen, but where we had a very pleasant walk nonetheless. This Ruddy Darter was basking on the gravel path near the house, and having photographed him with the long lens I managed to creep in close enough with the macro to fill the frame from top to bottom; the image is cropped square just for composition purposes.

Although the earlier specimen wasn’t fully mature, I think this photo still works quite well as a counterpoint to the one I posted last week of a Common Darter. If you compare them you can see some of the differences: the Ruddy Darter is a much deeper shade of red (blood red, according to his Latin name) – and he’ll darken still more as he ages; his thorax is velvety red, with no hint of shoulder stripes or side patches; his eyes are darker; his frons (the “nose” section of his face) is red, but with quite a strong black mark running across the top and down the sides; and his legs don’t have the clear pale stripes of his Common cousin. Ruddy Darters also tend to be slightly smaller than Common Darters, though obviously you can’t see that in isolated specimens.

On our way home we swung round to the garden centre outside Evesham, and bought a cheap but serviceable concrete bench, which we’ve placed under the oak tree near the wildlife pond. I wouldn’t want to sit on it for hours at a time, but it’s nice to be able to perch briefly to watch the wildlife go by, without needing to carry a chair all the way down the garden. I tried it out a couple of times during the afternoon, and can report that the insect life that was displaced by the emptying of the pond has swiftly moved back in again – in particular, the Helophilus pendulus males are back competing for possession of the best leaves, as they wait and watch for females.