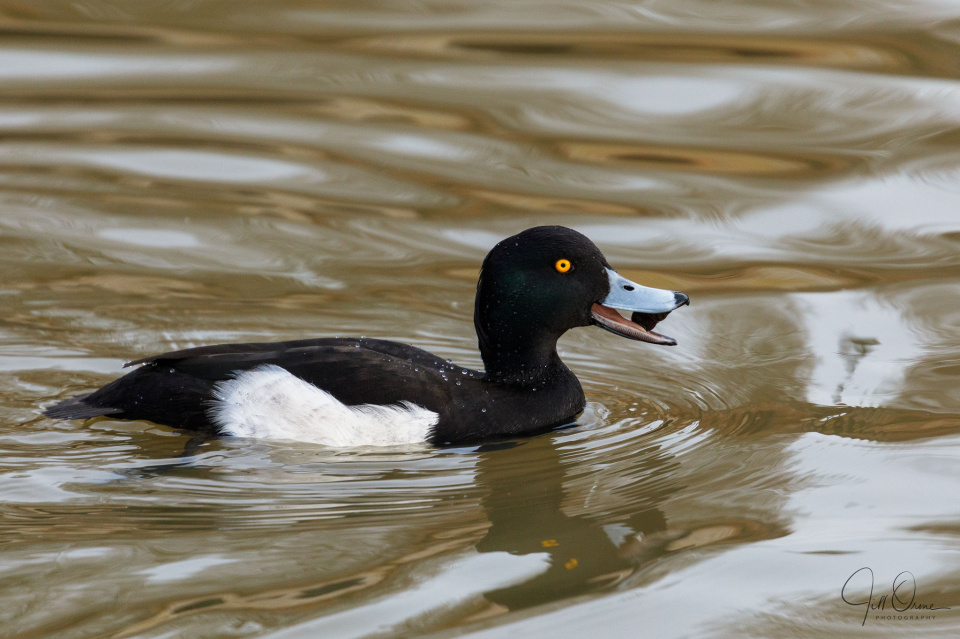 This, it turned out, was an eyes-bigger-than-stomach situation – or at least, bigger-than-throat, because however much he juggled the snail to try to get it into the best position for swallowing, he wasn’t able to manage it, and in the end he gave up and dropped it back into the water. Don’t feel too sorry for him though, because this was the third mollusc he’d brought up from the river bed in as many dives, and I was already wondering how his gizzard was going to accommodate it.

There are just three tufted ducks on the Avon at Stratford at the moment – two males and a female – and they mostly keep to the centre of the river, snoozing in the lee of a small island on the theatre side of the Old Tramway Bridge, which isn’t handy for photographic purposes. But I was lucky this afternoon: they woke up just as I arrived, attracted by the commotion of some swans, ducks, and black-headed gulls that were competing for the food someone was throwing off the bridge over the Basin lock.

They swam over to take a look at what was going on, and apparently had their own appetites stimulated, because they immediately began to dive for molluscs; within a couple of minutes all of them had brought up and eaten at least one, so this must be an unusually good area for snails – it’s not at all uncommon for me to see a tufted duck dive half a dozen times without collecting anything better than weed. Given this high success rate, it wasn’t surprising that they quite quickly gave up hunting, and returned to the middle of the river for some quiet digestion time.