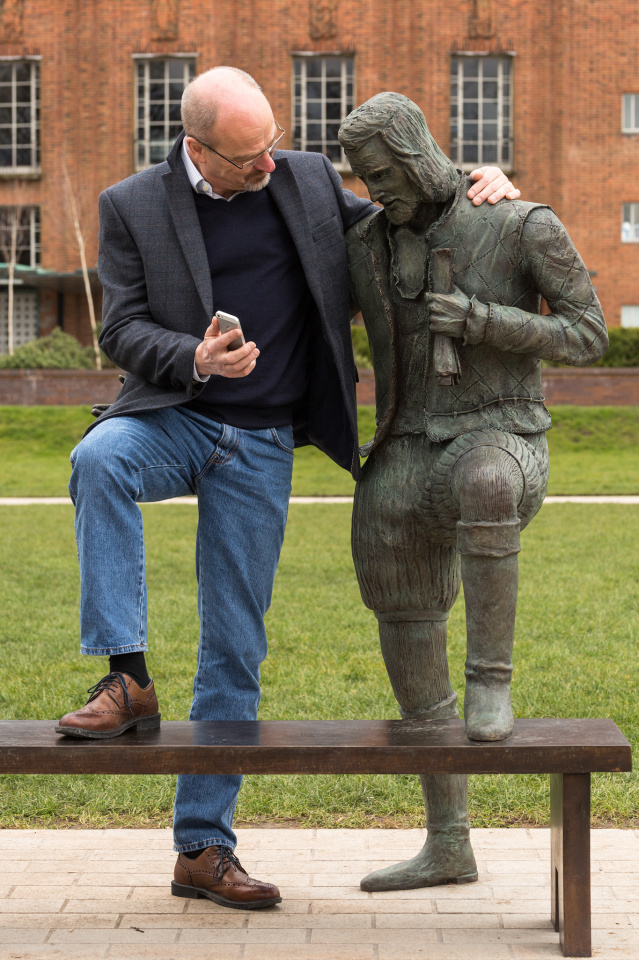 Young Will was highly amused by R’s YouTube video of kittens playing the ukulele, and in return told R a witty anecdote about his own hamsters, which he had trained to negotiate an obstacle course constructed out of empty toilet roll tubes, lolly sticks, Lego, and a pair of old thumb screws (which were inadvertently left behind by the Queen’s secret agents when they popped round to see him him one day to suggest that he might like to write a hagiographic piece about her late father).

Oh how the two of them laughed!

The statue Young Will was recently presented to the town of Stratford-upon-Avon by its creator, the sculptor and former Broadway actor Lawrence Holofcener. He has designed the piece to be interactive, like his earlier work Allies which depicts Churchill and Roosevelt sitting chatting on a London bench. Every time I’ve walked through the Bancroft Gardens in the past ten days I’ve seen people posing with Young Will in various attitudes, but most of them have looked rather embarrassed about it – luckily for me R liked my idea, and entered happily into the spirit of the game.

There’s more information about the statue and the sculptor here and here.