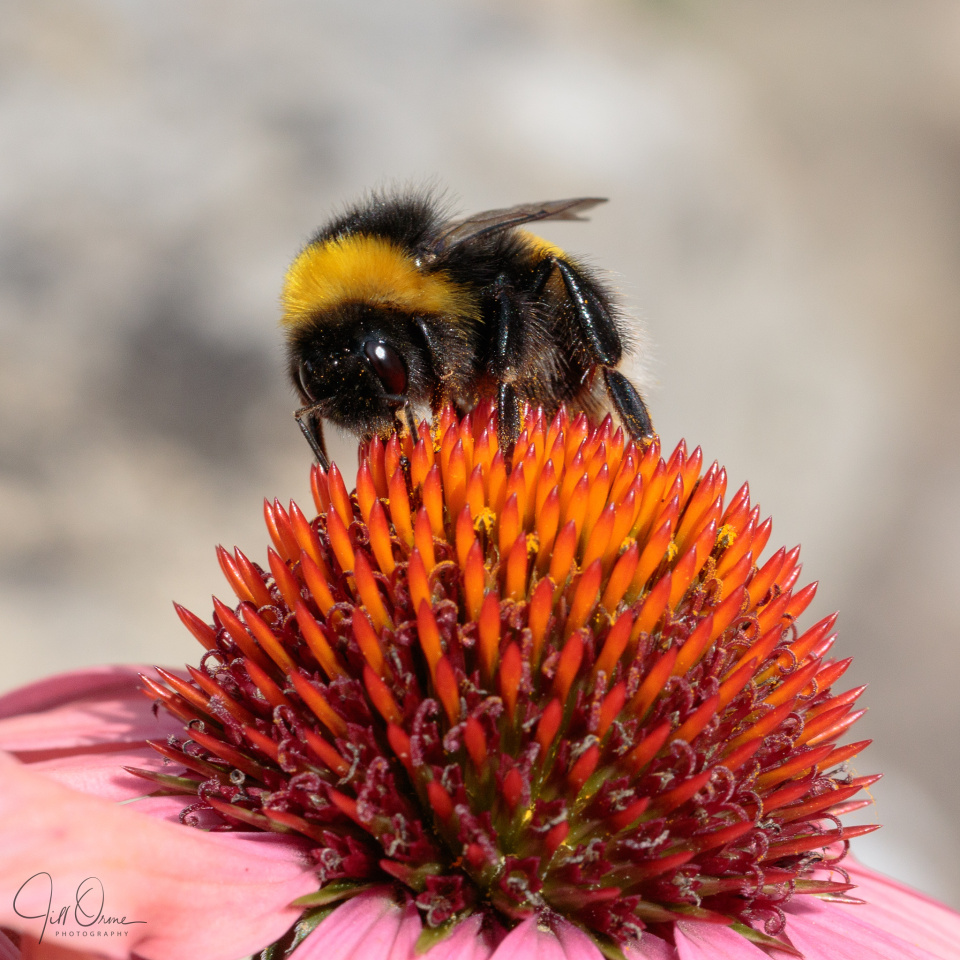 Whenever R and I go to the garden centre for inanimate items such as gloves or bird food, I always insist on walking through the plants anyway, “just to see what they have.” More often than not this ends in something or other being crammed into a corner of the trolley, even if I don’t know where on earth I’m going to plant it. I’m pretty sure R doesn’t mind at all, or even notice most of the time, but if he does feel the need to give the husbandly eyebrow I point out virtuously that a flowering plant is no more expensive and lasts longer than a bunch of cut flowers, and does a lot more for the poor pollinators that are having such a tough time these days.

Out last visit saw us arriving home with a large Echinacea purpurea, which I planted in a vacant patio pot, and which is now one of the most popular plants in the garden among the honey and bumblebees. Butterflies also appreciate it, especially Small Tortoiseshells, which sometimes visit it in a small gang. Today I had the chance to photograph both Buff-tailed and White-tailed Bumblebees on different flower heads at the same time, which was useful: in isolation it’s not always easy to tell which of these bees you’re looking at, but seen together they’re easily distinguishable. Both have a yellow collar and abdominal band, and both have a white tail, but in Bombus terrestris, the Buff-tailed Bumblebee, both yellow bands are quite dingy and there’s a line of buff hairs at the top of the tail, whereas Bombus lucorum, the White-tailed Bumblebee, which is smaller, has a brighter yellow abdominal band and a much whiter tail.

This angle doesn’t demonstrate those features at all, of course, so I’ll have to ask you to take my word for the bee’s identity, but of all the photos I took I most like this front-on view of her working her way over the top of the flower centre. It looks rather as though I used artificial lighting, but in fact she’s lit by the early afternoon sun, which was shining over my right shoulder.