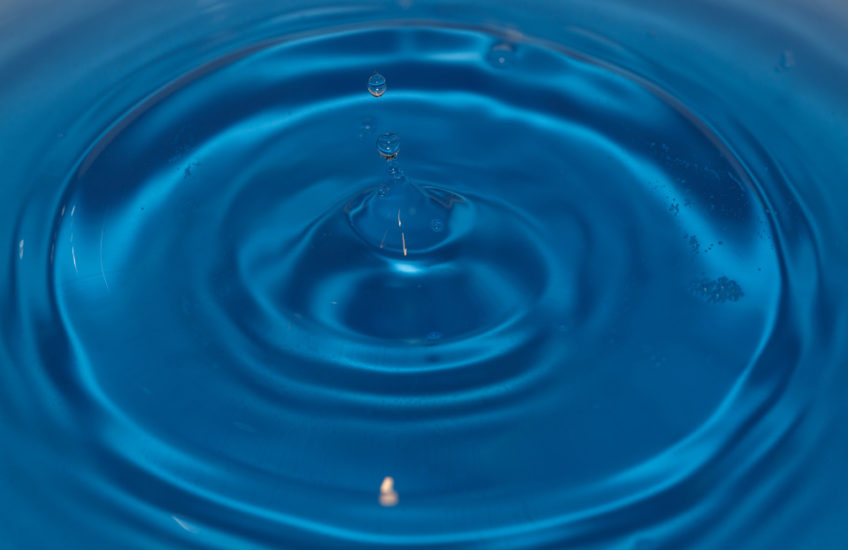 It was another dreich day today, and I’ve got a small but painful arthritic flare going on in my hands – so I wasn’t much inclined to go out, even when the sun did make a brief appearance at lunch time. Instead I caught up on useful things such as accounts, feeling terribly virtuous.

I’ve been meaning to have another crack at droplet photography for a while now, and in the absence of any brighter ideas I thought I’d do some today; but I left it later than I should have done, and the light was fading rapidly by the time I took myself off to the kitchen. I was using diffused flash, but I still needed the kitchen downlighters on to see what I was doing, and I think it’s the reflection of the halogen lights which has caused the nastier highlights in my shots. Nonetheless I’m quite pleased with the results, which are much better than my previous attempts.

The on line tutorials tend to tell you that you need all sorts of equipment to do this, but all I did was to put a bowl of water containing some blue food colouring on a stand I rigged up in the sink, and turned on the mixer tap until it was releasing a steady drip into the bowl. The camera was on a tripod next to the sink, and I then experimented with different shooting distances and angles to see what gave me the best focus on the drips. At a shutter speed of 1/125 sec, all I had to do was release the shutter in time with the drip to get quite a good success rate in capturing something interesting. It was surprisingly good fun – and even rather addictive – so I expect I’ll be trying it again quite soon; next time I’ll try to improve the lighting to take out some of the stranger highlights.

If you’re interested, there’s a set of images here.