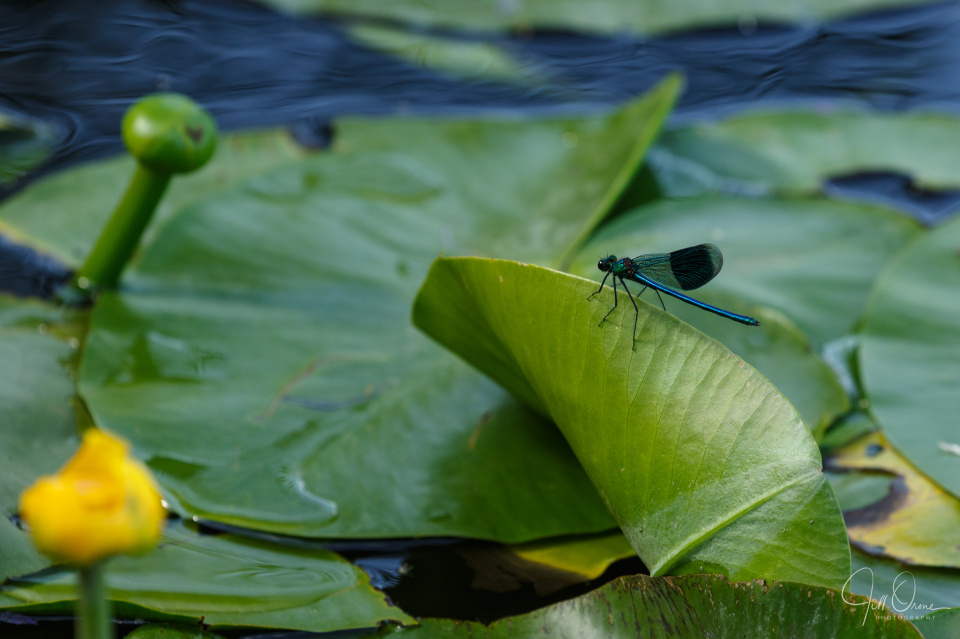 I don’t think that this is technically the best photo I took today, but I’m posting it because I love the Banded Demoiselle’s watchful attitude, and the way the big zoom has rendered the water – it almost looks as though he’s fascinated by the bokeh!

After another busy day of doing useful things, I went off out this afternoon in search of dragons. I started at the nearest stretch of the Avon to home, where dragons were there none; but I did spend a lovely few minutes watching swallows and sand martins playing over the river – the sand martins being so unexpected that I had to grab a record shot so as to check my identification of them when I got home. A chap walked past as I was photographing and stopped to ask what I was up to (astheydo), and he told me that the local swallows are now fledging their second brood of the summer, which is great news given how concerned everyone has been about the low number of swallows and martins that returned from Africa this year.

I then tried another stretch of river a little further downstream, but spotted nothing there either; and eventually I gave in and drove down to Eckington, where I was sure that I would find my quarry. And indeed, there were two large Brown Hawkers patrolling the bank – but neither of them landed even momentarily, and yet again my flight shots of them were…. unacceptable. There were many fewer damsels and demoiselles out on this stretch of the river than on my previous visit with R a few weeks ago, but it’s still a little early for the Odonata season to be winding down, so I think I think I was probably just a little unlucky today. And to be fair, there were some new specimens about: the extra photo is an immature female Blue-tailed Damselfly, having a slightly too-close-for-comfort encounter with a spider that was lurking in the water lily (and, I’m happy to report, surviving the experience). Interestingly, she is the pink form known as rufescens, which I mentioned in this blip, so I can now call “House!” on these teneral female Blue-tails. 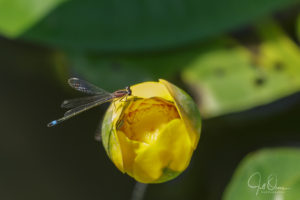 One of the things I achieved this morning was another cull and some basic processing of my Skomer photos, and if you haven’t already seen it you might like to take a look at a shot I’ve posted to my Facebook page, showing a pair of puffins bonding by rubbing their bills together.