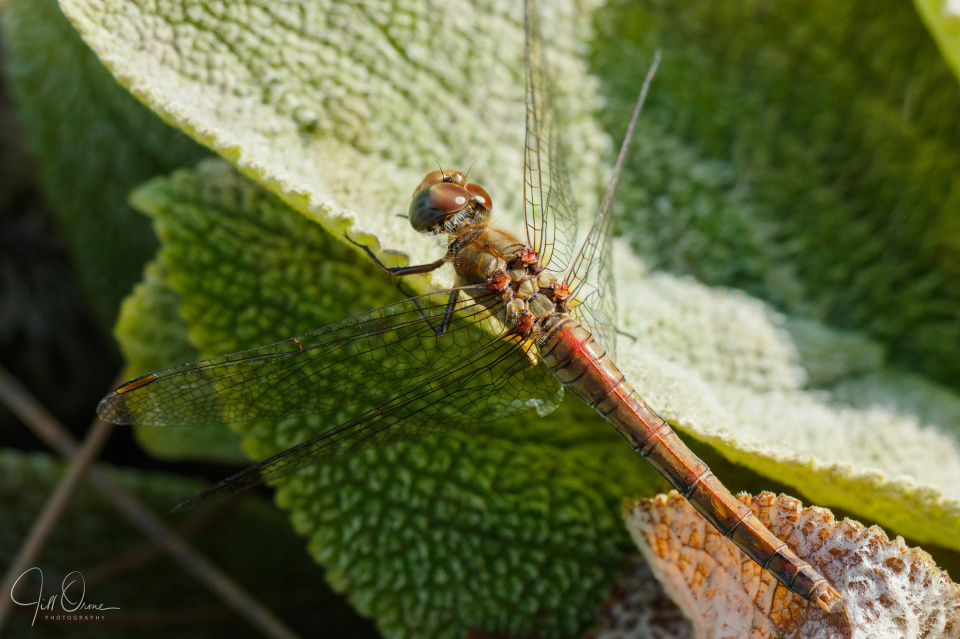 I spent the morning at home doing boring things, and didn’t get out with the camera until mid-afternoon. Croome beckoned, and looked promising when I arrived, but I soon realised that I’d left my visit a little late: it was actually slightly earlier than the time at which I took this photo, not quite three weeks ago, but since then the angle of the sun has dropped sharply, and today the reed bed was in complete shade.

I did get a couple of what I’m going to call “arty” photos of a Southern Hawker, who zoomed up to me when I wasn’t expecting him and had the camera on all the wrong settings – but sadly he left before I could dial in some shutter speed, and I didn’t see him again. There were no Migrant Hawkers out at all, though perhaps they’d just gone to roost early; but there were several Common Darters flitting around the long flower bed by the orangery, and coming to rest from time to time on the stachys.

I like this photo, even though (annoyingly) I’ve clipped her right forewing, because the dragon is checking around her for potential prey or predators – or more probably both. Usually when they tip their heads back like this their tail end moves downwards, out of the plane of focus, but in this image her anal appendages are still reasonably sharp, and the head movement has brought her eye facets and antennae into focus, which is always nice. The light could have been kinder, but you can’t have everything, and given that every time I photograph a dragon now I wonder if it’s going to be the final one of the year, I’m not about to quibble too much.