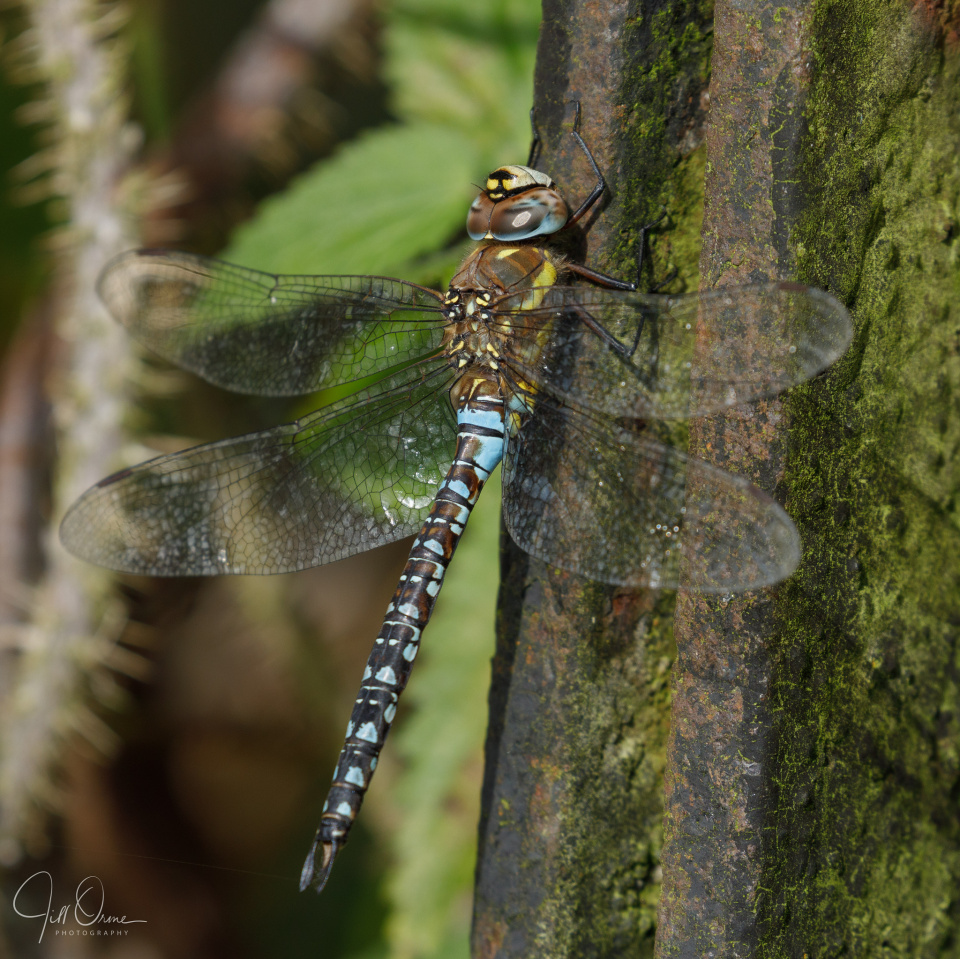 You can probably imagine how pleased I was to find this Migrant Hawker this morning, warming up and drying out on the ‘basking fence’ at Charlecote. If you look at the image full-screen, you should be able to make out a few drops of overnight condensation that hadn’t yet evaporated off him.

The rut was also warming up, with several of the master bucks stomping around shouting like the Vogon Captain, and threatening anyone who got in their way. We watched a couple of the slightly younger and keener ones having a sparring match, which was quite exciting, but they chose to do it on the far side of a fallen tree, which prevented me from taking any usable photos. My favourite buck of today was the handsome guy I’ve posted below: he’s mature enough to have a sizeable antler rack and the muscular physique to carry it, but so far he seems to have escaped any serious damage from fighting. The state of his coat suggests that he’s recently swum across the Avon to get into this section of the park. 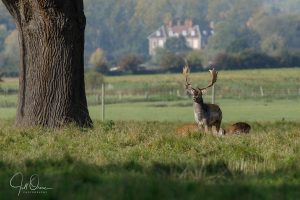 Further down the Avon at Stratford, where we stopped on the way home to do some shopping, the tufted duck count was an encouraging ten.