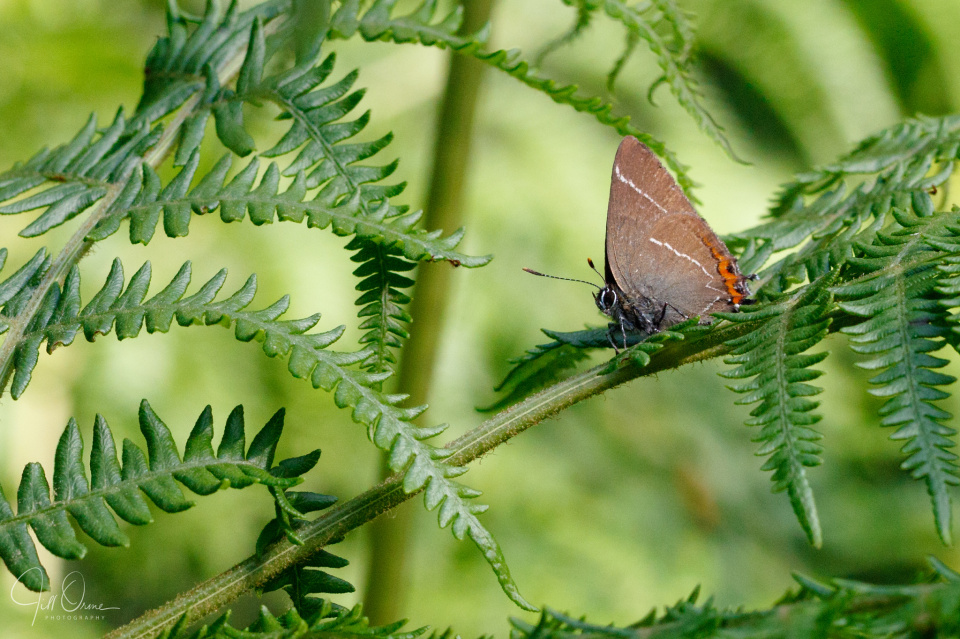 I couldn’t resist another early trip to Oversley Wood this morning, and had the enjoyable experience of walking the circuit with a couple of other butterflyers. Many eyes making light work – or something like that – we were able to spot more butterflies as a group than it’s likely any of us would have noticed individually.

We even saw a Purple Emperor – though it flew rapidly past us, and to be honest if one of the other chaps hadn’t been an experienced spotter of this species I would probably have logged it as a White Admiral. We turned and chased it for a few minutes, back to where we knew there was a fresh heap of horse droppings – but it was on a mission, and outflew us. So, a sighting, but not yet a record – but that’s closer than I came yesterday, so I’m not unhappy. There were several other people in the wood at the same time as us who were on the same quest, and from chatting to them it seems that they had just about the same level of luck as we did.

I was pretty relaxed about the situation, even as His Majesty disappeared off into the tree canopy, because I knew that I already had a blip in the bag. The very first section of the anticlockwise circular path has a lot of bracken to either side, and both Purple and White-letter Hairstreaks were showing well this morning on the fronds. Unlike the individuals I met yesterday and the day before, this one was especially chill (as the youth apparently say these days), and sat quite calmly while we aimed a selection of lenses at it. I have a flat side-on view of (I think) a different butterfly, which shows more clearly the ‘W’ marking that gives this species its common name, but I prefer the composition of this scene; should you be interested, I’ve put the other photo here.