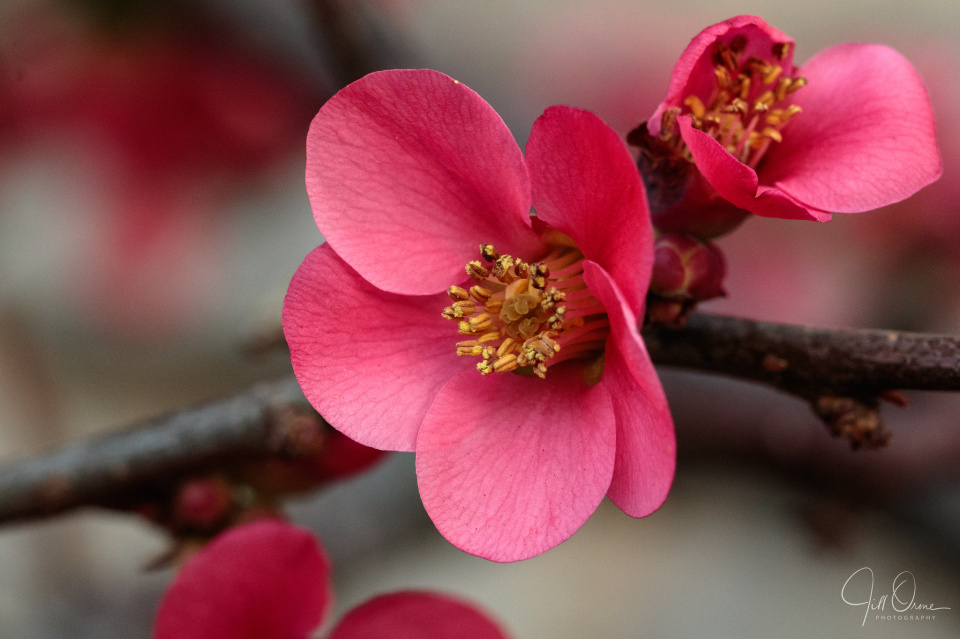 Pink is in, apparently – all the girls, and the most stylish of the boys, are wearing it. Which is sad for me, because it’s not my colour. It looks good on this ornamental quince though – not one of my shrubs, but growing all over the front of a neighbour’s house, and spotted as I went for a last walk through the village this afternoon.

R and I hit the clothes shops of Stratford this morning – about which, the best that can be said is that we got in quite a few steps, and I did the entire circuit without feeling the need or desire to try anything on. Not a single garment said “Mother of the Bride”, although quite a lot of them were doing a little samba and shrieking “P&O”. I do not do cruising, however; and should I ever have a personality transplant and decide to trap myself on a ship with other humans, it will be sailing up the coast of Scandinavia in search of wildlife, and appropriate clothing will be thick trousers, several jumpers, Big Boots, and a very heavy jacket.

As we’d got into our stride by this point, we thought that we might as well carry on walking, so we went to Charlecote and yomped round the park. The fallow boys were all snoozing in the crazily unseasonal sunshine, and the fallow girls were stuffing their faces after the fashion of pregnant females (unless that was just me), while the juveniles noodled around looking bored. So it wasn’t the best of photo opportunities, but it was fresh air and exercise – and best of all didn’t involve any rails of palazzo pants.

My extra today is a snap I took of a busker in Stratford. She’s very good: if you can stand in the street competently thrashing through Vivaldi’s Four Seasons while sweetly acknowledging the passers-by who shower you with cash, I think you’ve probably got beyond Grade 8. 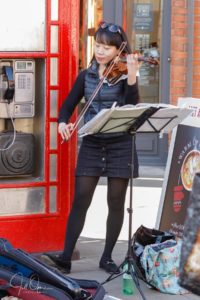