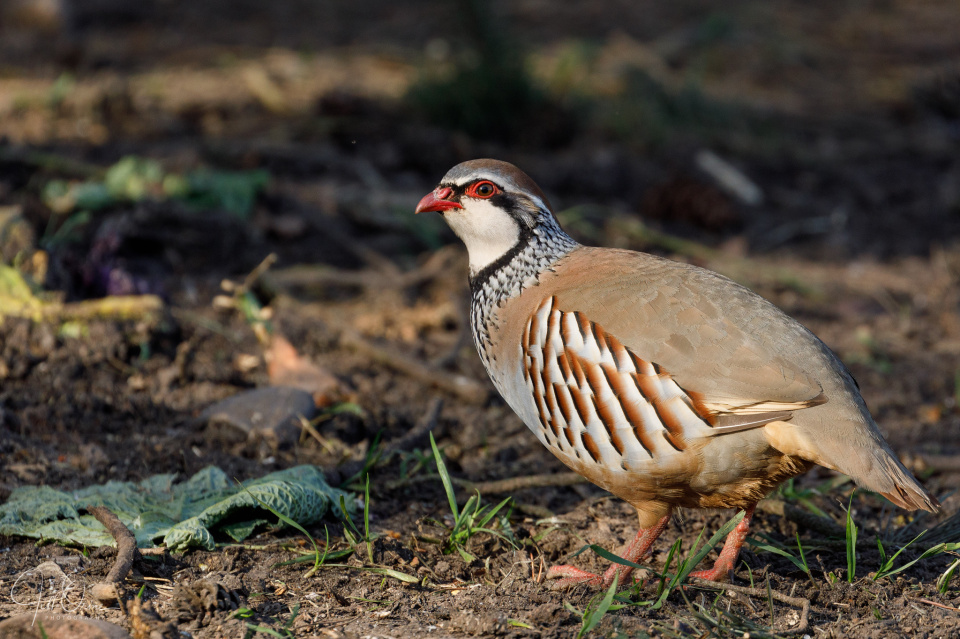 I’m not a fan of the Beatrix Potter stories, though I love the illustrations; but I did always like the notion that Mrs Tiggywinkle used to to wash Sally Henny-penny’s yellow stockings. She’d have had to work quite hard on these red ones if they were sent to her laundry, because they were pretty grubby, but living in woodland is likely to be unforgiving to one’s wardrobe.

I’m featuring this image because I’ve always found partridges difficult to photograph, and this is the best photo I’ve yet managed; they’re quite stupid, but very skittish, and either run away or take off at the slightest sign of danger. The species was introduced to the UK from continental Europe specifically to be hunted, and every year many thousands are raised on shooting estates and then released in order to be shot at (don’t get me started) – so it’s hard to know how many of them are genuinely wild residents. The native grey partridge, which is smaller and more subtly marked, has undergone catastrophic decline over the past few decades, largely because of industrial farming practices, and is now a red list species, so you’re far more likely to see one of these.

My favourite photo of the day is the extra; it was also taken in Hiller’s bird hide, and is yet another portrait of one of the resident robins. I’m pleased with the detail, and I love the fact that he’s so obviously calling. 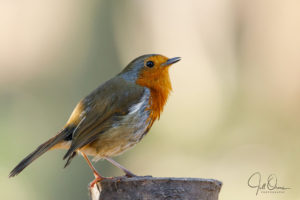 Back at home three hairy-footed flower bees were zooming about the front garden: two competing males, and one female who was dismissive of both of them, despite them trying it on with her quite forcefully. It’s unusual for female plumpies to emerge at the same time as the males, so I was surprised to see her. But all of them are in peril, because the unseasonal weather is ending with a bang: this afternoon it was shirt sleeves and car top down weather, but on the way home from choir tonight my car gave me an ice warning, and the next few days are forecast to be cold and rainy. I felt as though I was memorialising one of the males when I put his portrait on my Facebook page.