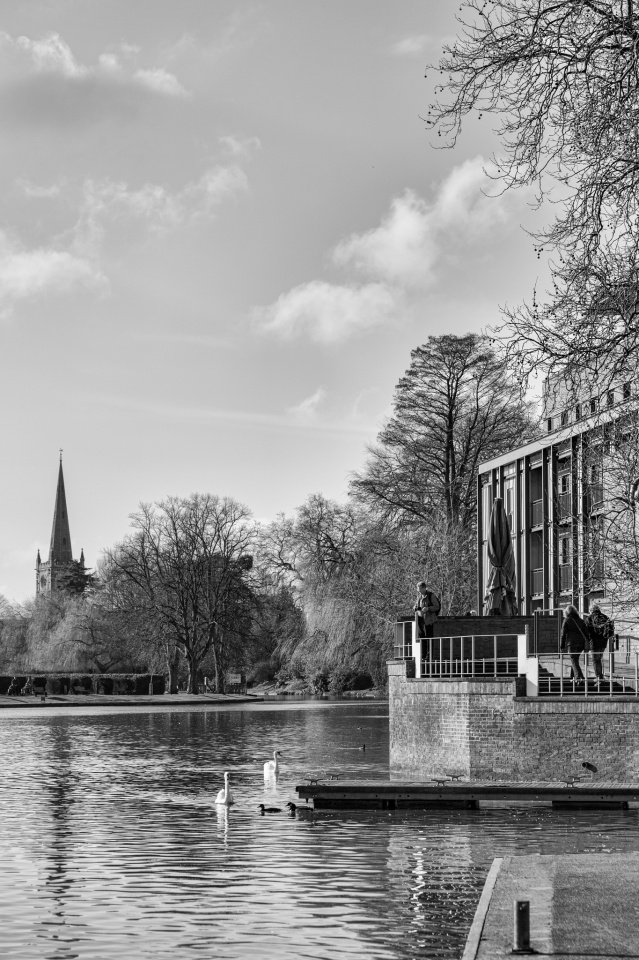 This week’s assignment in A Year With My Camera is to think in mono – which is something I don’t often do, except on Mondays. On other days of the week I tend to resort to mono as an afterthought, because for some reason I don’t like the image in colour – which is strange, because I love looking at black and white photographs.

I took a set of shots at the Avon when R and I were in Stratford this morning, and really tried to visualise them as mono images while I was framing them – and I had a sense that this would work quite well because there are lots of different textures in it, and because it’s such a timeless scene. When I saw it on the computer I responded to it quite emotionally – something about it made me think of magazine photos from my childhood in the 1960s – so I’ve tried to process it in a way that enhances that look.

Nick Kelsh, the American photographer and teacher, talks about the power of digital editing, and the fact that whereas people who learned their photography back in the days of film sometimes had to spend hours in the darkroom dodging and burning to try to get mid-tone contrast into an image, this can now be done in seconds in Lightroom; I suspect that the power of the Clarity slider might make some of us (by which I mean me) tend towards the crude in our editing, but I spent much longer on this than I usually would, trying for subtlety. Having put in that effort, I’m not sure the finer points of the image will survive the amount of compression that seems to happen on this site these days – but it will almost certainly look better large, if you have time.

Just in case it still looks as though I edited it with a knife and fork, I’ll give you a beautiful hound as an extra. She’s a Petit Basset Griffon Vendéen, 6 years old, and her name is Flick. She likes barking at the moon late at night, and hanging on the ears of her best friend Gavin – who before you get too worried is a Grand Basset Griffon Vendéen. 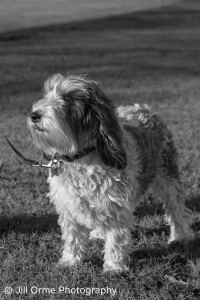