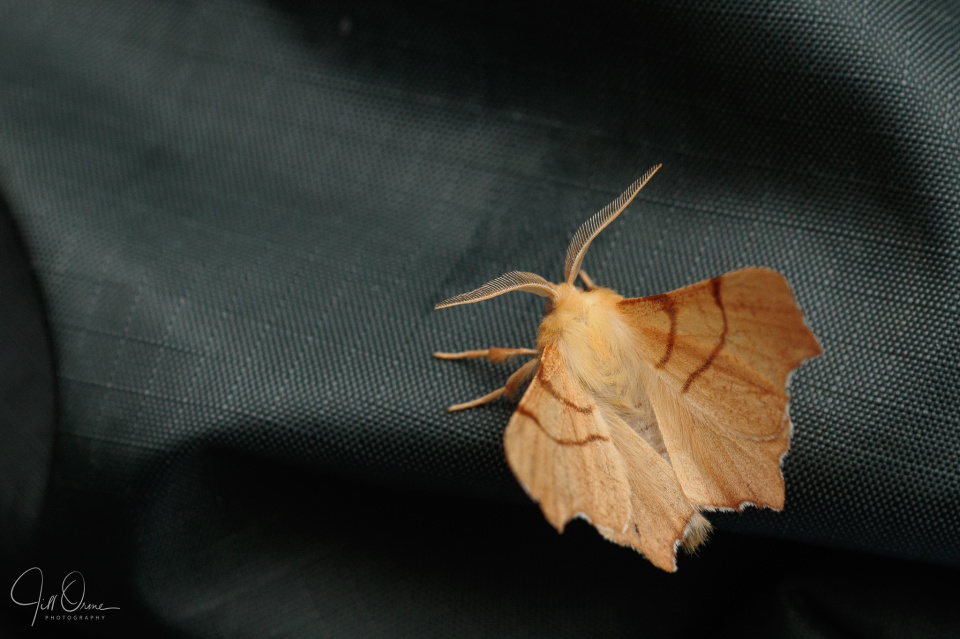 My friend J’s parents own a nature reserve – how cool is that? When the million pound Premium Bond comes up, I am definitely buying a nature reserve. Theirs is relatively small by the standards of these things, but it’s packed with different habitats: grassy limestone scree, scrub and woodland, plus (oh joy!) two ponds, and it therefore provides suitable habitat for a wide range of creatures.

Yesterday evening some local experts set up four moth traps on the reserve, and this morning I was one of several non-experts who tagged along while they opened the traps and checked what they’d caught. Adding this morning’s haul to those they observed last night, they recorded around fifty species, which is apparently very respectable for this stage in the summer.

This was my favourite moth of the morning. It’s a September Thorn, which is a woodland species that – although its numbers have fallen over recent decades – remains quite common and widespread across England and Wales. This is a male, as shown by his wonderful feathered antennae; the females lay their eggs on oak, birch, lime, and beech trees in woods, parks and gardens. The eggs overwinter on the trees, hatching in the spring, and after the larvae pupate in cocoons spun between leaves, the adults emerge in July and fly for around three months. 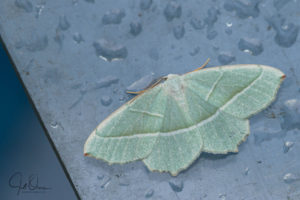 My second-favourite moth of the day is the Light Emerald I’ve put in the extras – another common woodland species, but a very elegant creature, I think. And finally, my third-favourite is a Dusky Thorn, which I’ve posted to Facebook if you’d care to see it making use of a handy human to warm itself on release from the trap.

The weather could have been a little kinder to us this morning, but I still had a good time at the reserve, and thoroughly enjoyed seeing the moths revealed as the traps were opened; my thanks go to J, G, I and M – and to Bob, the man with all the knowledge. I probably don’t need to tell you that I’m now quite tempted to get into trapping moths myself – but as I really don’t need any extra time-consuming hobbies, it would probably be a good idea for me to resist the urge.