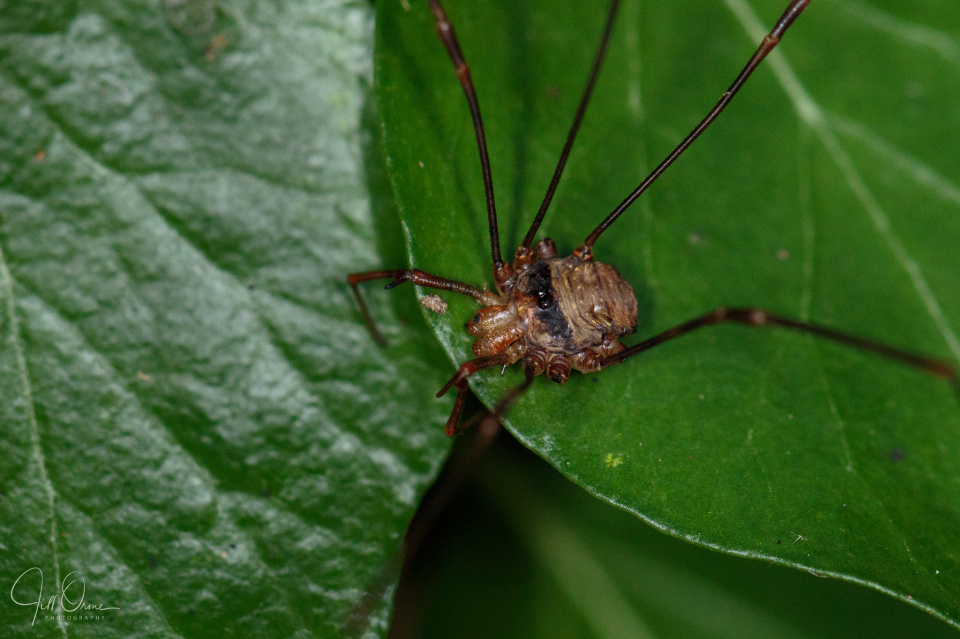 This Dicranopalpus harvestman was one of just three invertebrates I found during a quick walk around the garden today. It’s the same species I photographed a few weeks ago, and as I wittered quite extensively about it then I won’t repeat myself this evening, but simply suggest you take a look at my earlier blip, if you’re interested. There are two notable differences between the two specimens: firstly the one I found in October was a female – shown by her rather bumpy rear end – whereas this is a male; and secondly, this poor chap has lost even more legs than she had, being down to just five. I’m very taken with his Lone Ranger mask, but I fear it hasn’t been disguising him adequately, and his enemies have been catching up with him. Arachnids don’t really do expression, but I felt (anthropomorphically) that I could see fear in those eyes, so I took my photos and then left him alone to recover his composure. 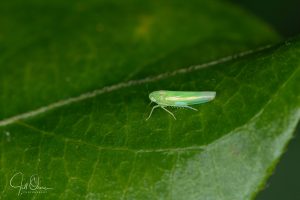 The smallest thing I managed to photograph today was a tiny leafhopper, which I’ve posted as an extra. Although they’re rather pretty, it’s a matter of some irritation to me that this is the most abundant type of leafhopper I find here – partly because they’re very small, at around 3mm in length, and extremely flighty, and partly because I’m told that they can’t be fully identified without dissecting them. Which isn’t going to happen, obviously. At a guess, it’s one of the two common Empoasca species we have in the UK, both of which favour deciduous trees during the summer, but hibernate on evergreens through the winter.