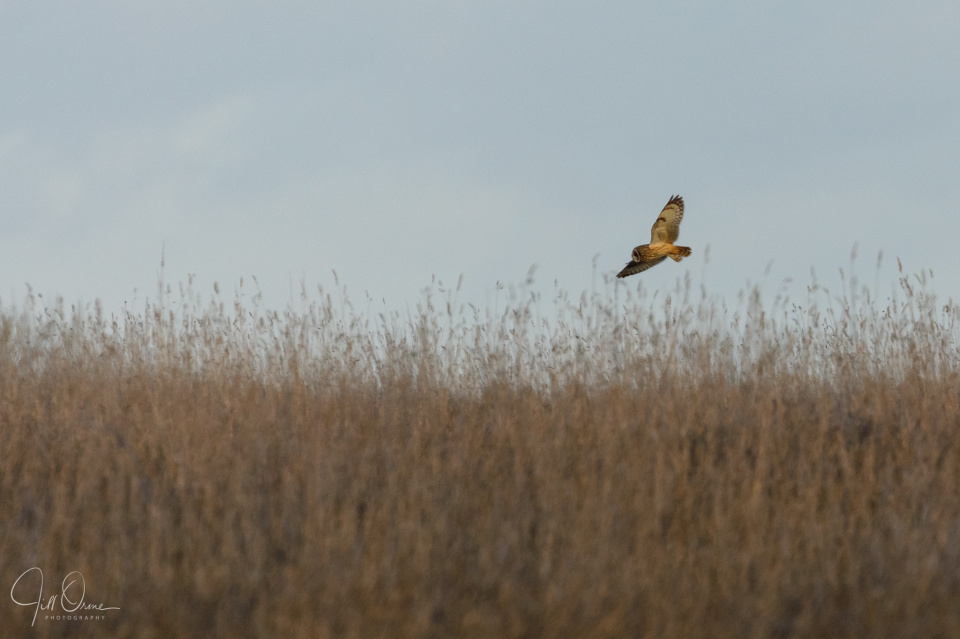 I’m having to go for atmosphere in today’s post, because I was a loooong way away from this owl, in fading light, so detail was out of the question. But after several visits to the owl field with no shorties showing at all I was happy to see this one, even if it was determinedly hunting on the far side of the ridge.

I contemplated driving round to where I could quickly walk along the northern edge of the field – and with hindsight I probably should have – but it’s entirely possible that if I had the owl would have changed its hunting circuit and moved to the south side. One of the things I like (in a perverse way) about nature photography is that you’re entirely at the whim of a wild creature, so whatever fieldcraft and perseverance you can employ only goes so far; beyond that, you need luck. Today the luck was with the people who’d made the decision to be on the other side of the field, but on another day this owl or another one will go elsewhere, and it may be me standing in pole position.

Despite the distance I still felt lucky that a short-eared owl had added itself to my list of Desirable Bird Captures of the Week; and very late in the afternoon, when there was barely any light and most people had already left, I also had the pleasure of watching a hen harrier make a hunting pass along the wall. The photo I’m keeping of that one is very atmospheric indeed, but it still speaks to me of a happy afternoon.

On my way home I saw a second hen harrier quartering a field close to the road above Guiting Power, but with another car on my bumper wasn’t able to stop to try to photograph it. More luck though: a good week, on balance.