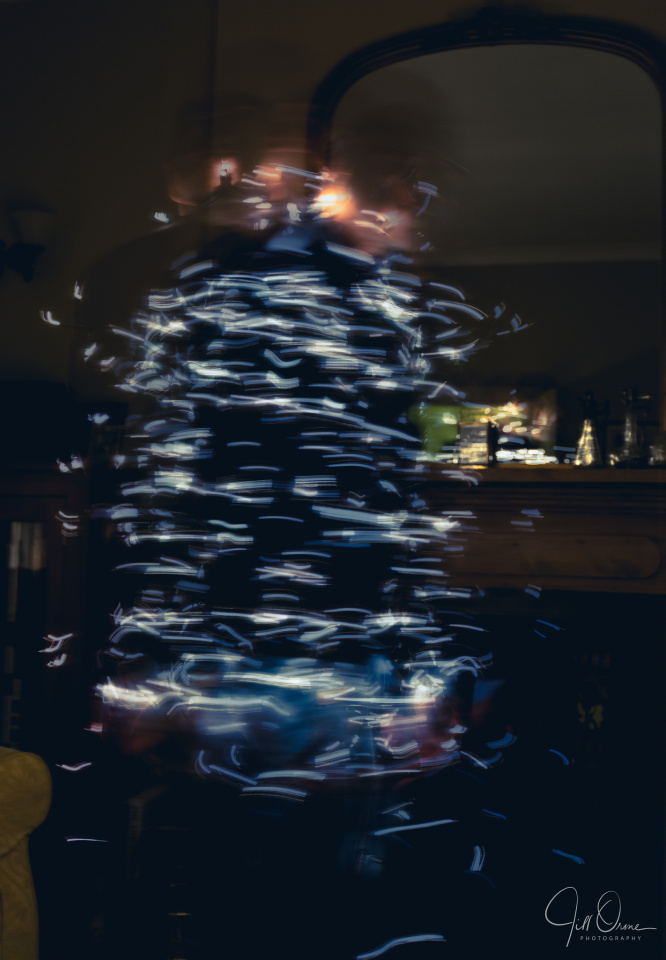 Or: the interface between Christmas decorations and performance art.

Once a year, my life philosophy that housework is a waste of good photography time comes into conflict with my rule that Christmas decorations Shall Not be put up in a dirty room, and loses. So today R and I bottomed out the conservatory, which doubles as our formal dining room, but because it doesn’t often have to serve that purpose is also used as a photography studio, and as a storage area for tripods, lights, backdrops etc., and is also littered with houseplants and spiders in various stages of moribundity. We cleaned the windows, de-cobwebbed, moved the carpet and washed the floor, and either dusted or washed all the bits of portable décor; all that’s left now is to vacuum the carpet and thoroughly clean the table, but there’s no point in doing either of those things until the Christmas tree has gone up and been decorated, because of the amount of glittery mess that’s generated by that process.

So, tomorrow the tree will be decorated – and I’ll probably be blipping a bauble – but just in case an emergency light-buying trip to the DIY superstore was required, this evening R got out all the lights and tested them. It’s possible that left to his own devices he wouldn’t actually have wound himself up in the longest set and twizzled round….. but then again, who knows? Maybe he’s been secretly dying to test them like this for years, and now he’s done it once, this is how it will be done henceforth, for ever. There are about eight (or maybe nine) frames layered here, with extra blurring fartnarklery applied just to the main subject, and then heavy split-toning and a matte used on the whole image. It would be fair to say that I worked to my Christmas decoration principle, which is that nothing exceeds like excess.

After I’d posted my ramble on the subject of Seven Dials last night, it occurred to me that I hadn’t mentioned the two exhibitions we went to London to see – both of which I recommend. The British Museum show Scythians: warriors of ancient Siberia is fascinating – so much so that R and I spent about an hour longer there than we’d planned, and were half an hour late for our lunch table. There’s so much good stuff that it’s hard to pick out highlights, but we both loved the tiny gold decorative plaques, so beautifully incised with scenes of Scythian life that you can not only see what the people are doing, but can clearly make out their features, and details of their clothing and hair styles. I was also bowled away by the textiles – extraordinary survivals from over two millennia ago – and especially by a woman’s boot in decorated leather, with a pattern of pyrite crystals on the sole. There’s a good blog post about some of these objects here, and the main exhibition page has links to some other interesting blogs as well.

After lunch we went to the National Portrait Gallery to take a look at the Taylor Wessing exhibition – with low expectations, because neither of us thought much of last year’s show, but we were happily surprised: there’s some very strong work on display this year. We both felt that the second prize winner, Abbie Trayler-Smith’s Fleeing Mosul, was the stand-out portrait of the exhibition.