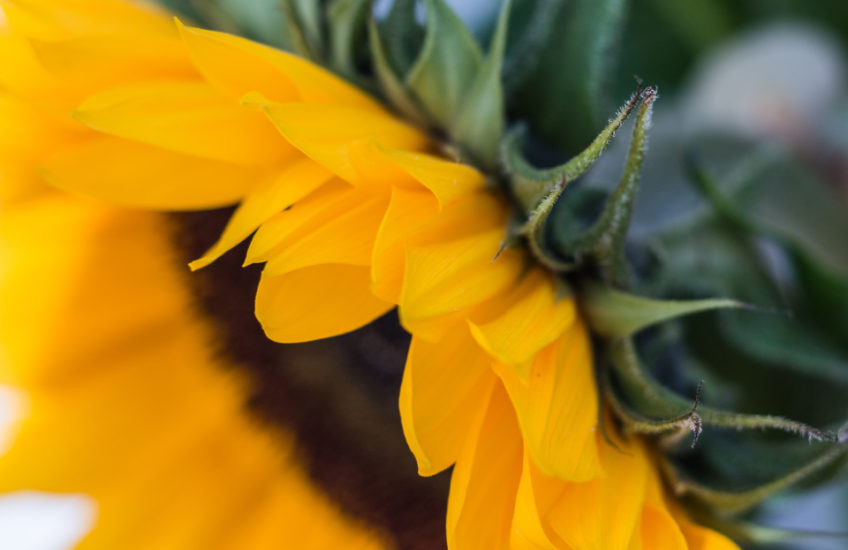 Firstly, another thank you: boosted by its HM from osuzanna in this week’s Tiny Tuesday results, the little honey bee made it to the front page, and I’m absolutely chuffed. If I haven’t thanked you personally already, please accept my thanks now.

So, two good things happened today. Firstly, I managed to get Arthur back to the vet this morning without mishap, and he got a silver progress star – really, all that I could ask for, given his age. There’s a little serum build-up within the wound, but the sutures are holding and there’s no sign of infection. If he continues to progress, they don’t need to see him again until the stitches come out – which might be as early as eight days from now. Fingers crossed.

The second, really exciting thing is that I can now describe Child One as a multi-award-winning animator. Two is more than one, and therefore multi… right?

If you’ve been reading my ramblings for a while now, you might remember this moment of pseudo-drama last autumn, when R and I almost failed to make it to Newport in time for the première of her film A Bird in a Cage. Over the last few months the film has been making the rounds of the festivals, and was most recently screened at the London Feminist Film Festival – where today it was announced as the winner of the Best Short Film Award. It will be released on line next month, and I daresay I’ll be Mummy-bragging about it again then – but if you’re interested there is a nice review of it, including a short trailer, here.

I couldn’t be happier for her – she works very hard, and making a living as a freelance artist is not easy, so it’s lovely that she has received this accolade. And of course there’s personal pride too – I mean, she made the film, but I made her…. In fact, if you look at it logically, I’m actually responsible for that film…..!

Before I phone her and suggest that she might like to amend the credits, I shall go and celebrate my well-deserved win at the London Feminist Film Festival with a nice Friday glass of wine. Happy weekend, lovely people!