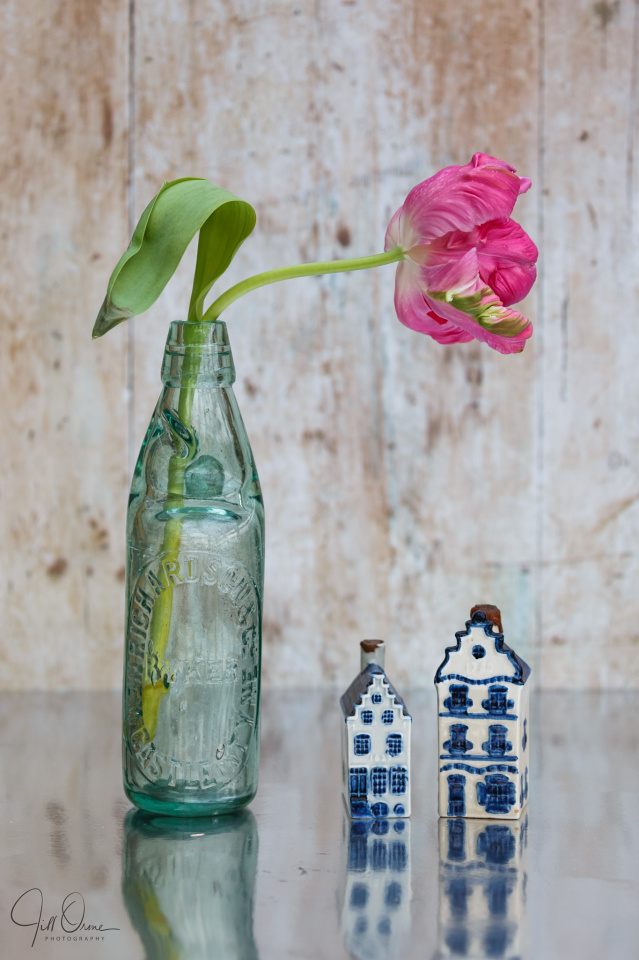 I do believe that this is the fourth blip of last week’s parrot tulips – I’m not sure that I’ll manage a fifth, but it’s perfectly possible that I’ll try. Depending, of course, on the weather over the next few days.

Today was dank, and dankly chilly. In the garden there was no sign of any of the plumpies, and there didn’t seem to be any point in driving up into the Cotswolds after owls. Fun short-eared owl facts: they don’t fly when it’s raining because their feathers aren’t waterproofed (the downy structure being one of the reasons for the owls’ silent flight); and they find it harder to hunt when it’s windy because the noise disrupts their ability to hear the tiny movements of small rodents. I’ve been told, though I can’t personally confirm this, that during prolonged spells of bad weather, shorties can sometimes be seen wandering around on the ground looking for prey.

Not that I’m owl-obsessed, or anything… but I seem to have managed to introduce the topic into an unrelated blip. Sorry about that! And on the subject of, many thanks for your response to yesterday’s owl, which was much appreciated.