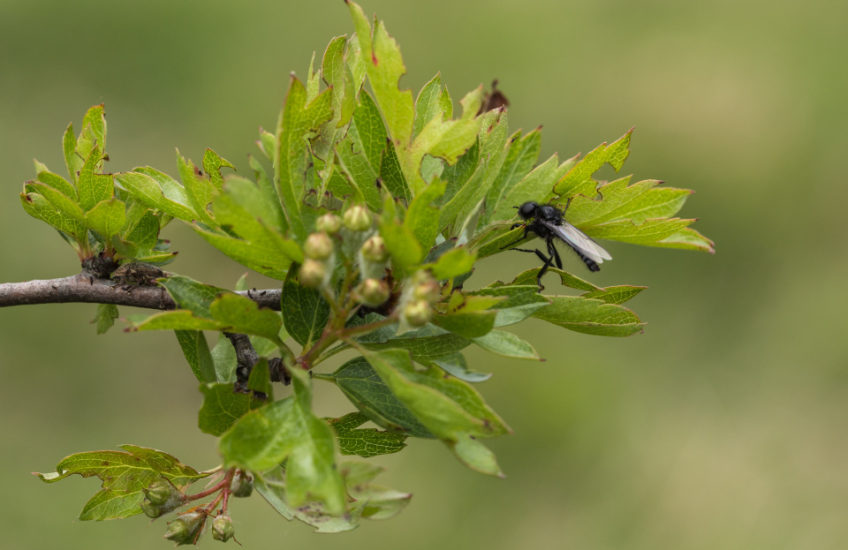 Today I discovered the down side of spontaneity. I was in Stow-on-the-Wold having my hair cut, and planning to swing round via the Cotswold Lavender Farm on the way home, when on a sudden whim I decided to visit the Prestbury Hill butterfly reserve instead. As this was a change of plan I hadn’t brought directions, or even a decent map, but I knew pretty much where the reserve was, and was confident of finding it.

I took what seemed to be a sensible route, only to find myself at a dead-end which required a 7-point turn to extricate the car; and when my next choice of road started to feel as though it was planning on trapping me in a similar way I started to think wistfully about cups of tea, and bug hunts in the garden. At this point a couple of women hove into view, so I got out of the car and asked if they knew the way to the reserve – and luckily one of them did, and gave me detailed and accurate directions for the quite long detour needed to get there by road. So even though it took me about twice as long to find it as I’d expected, I got there in the end and have now walked both sections of the Prestbury Hill reserve.

Total butterfly count today: 2.
1 (I’m almost certain) = Duke of Burgundy – a target species for me, but moving too fast for me to do more than admire its lovely colours as it whisked past me.
1 = Speckled Wood – which I could perfectly easily have photographed on the verge opposite my house.

To be fair, it was bitter up there – by the time I got back in the car my teeth were aching from the cold wind, and by the time I got home I was so in need of hot tea that I stood in front of R’s study window making like Simon’s Cat. (He ignored me, by the way: I had to make my own tea.)

So instead of a very lovely butterfly, I give you today a very ugly fly – Bibio marci, commonly called St Mark’s fly because it tends to emerge around St Mark’s Day, which is 25th April. It’s also called the Hawthorn fly, because as you see here it likes hawthorn. An interesting fact about the males of this species is that their eyes are divided by a horizontal groove, and the two halves of each eye have separate connections to the brain. This allows the male to keep half an eye on the ground, enabling him to hover at a constant height (about five feet up, which is probably quite annoying for short humans walking through a cloud of these flies), and half an eye on the lookout for females, because each individual only lives about a week and therefore mating is a pretty high priority.

It wasn’t till I uploaded my photos to the computer that I realised there was Something Else lurking on the branch at the left of this shot. I wish I’d spotted it, because it looks as though it might have been worth investigating. In fact it might well have been more interesting than the fly – but sadly I’ll never know.

P.S. This is not out of focus – it’s exceptionally hairy. Please look full screen!