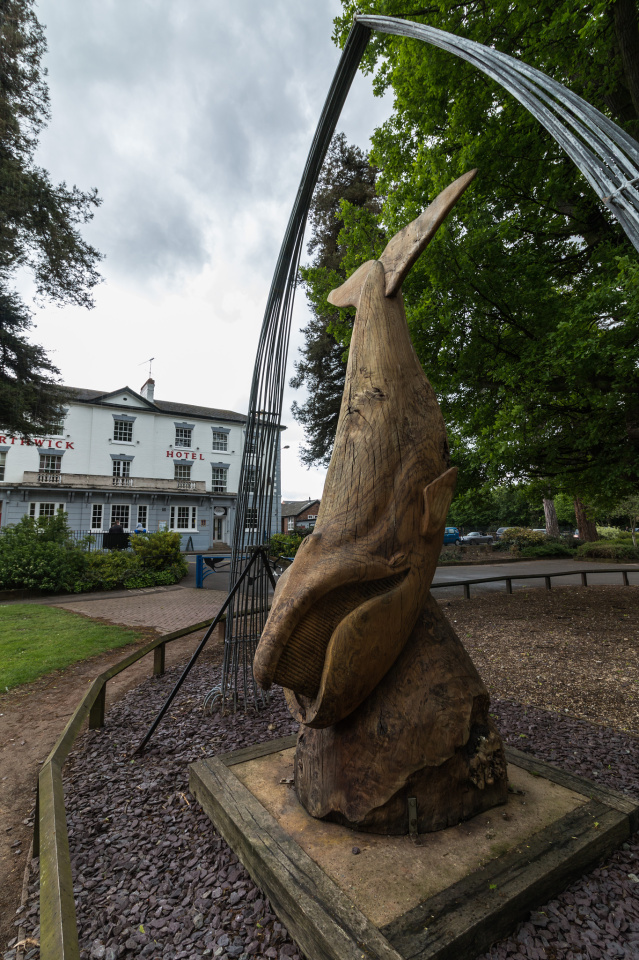 I had to go to Evesham at lunch time for a routine mammogram – which led me to ponder two things as I walked away from the Community Hospital along the river:

1. How very lucky we are in this country to have the National Health Service, and what a tragedy it will be if we lose it; and

2. How strange it is that Evesham isn’t a more prosperous town, when it has so many good things going for it.

It being Wednesday I had a wide angle lens on the camera, and I was looking for shots of light and shadow to fulfil today’s challenge. In the event I found both – though not necessarily at the same time. The first photo I took was in such bright light that I had to tone the contrast right down in processing, but almost immediately afterwards the cloud started to increase rapidly, and by the time I got to the Evesham Whale ten minutes later it was starting to rain.

A few seconds after I took this shot there were people scurrying in all directions as huge rain drops bounced off every surface – but luckily my car was parked very close to this spot, and I was able to take shelter until the storm passed over. When it was almost fine again I wandered across the Workman Bridge and up into town to collect a takeaway coffee, and then looped back through Abbey Park, where I took the shot I’ve put in as an extra. This is the other side of the two churches view I blipped as an extra last Monday: Evesham Abbey Bell Tower, with the tower of the disused St Lawrence behind it to the left, and the spire of the current Parish Church of All Saints to the right. 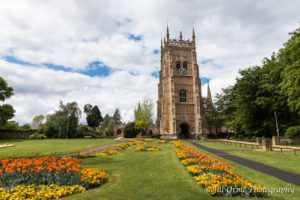 Oh, and if you’re intrigued by the presence of a whale in Evesham but don’t know its story, I told the tale in this blip.