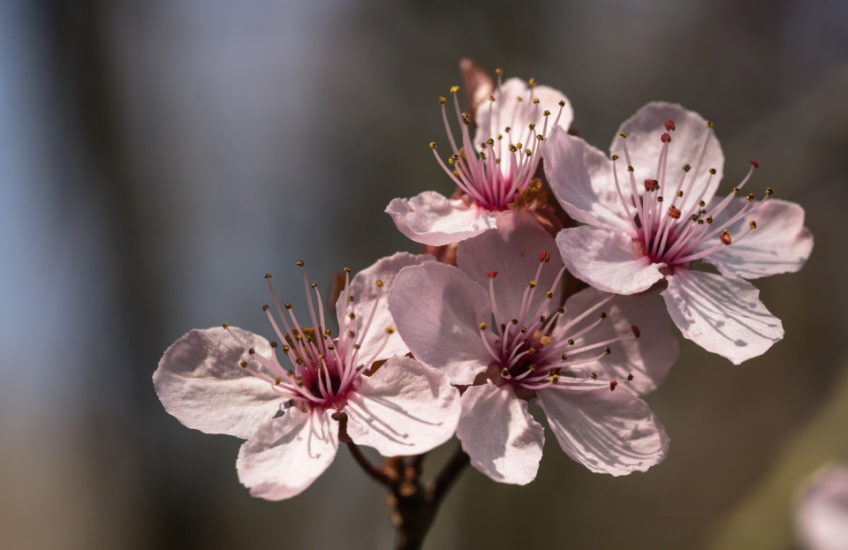 The sight of my overgrown borders in yesterday’s shots of the muntjac convinced me that some tidying up was needed – and luckily we’ve had a mild weekend, most of which I’ve spent out in the garden. If you could see the amount of rubbish I’ve carted to the compost heaps you’d be surprised at how little visible progress I’ve made, but that’s the problem with a garden as big as this. It really needs to be tended to several times a week, by someone who doesn’t decline to leave the house in less than optimal conditions – but sadly that person is not me.

Yesterday was warmer than today has been and there were lots of flying bugs about, but I’d forgotten to bring the camera out with me and I didn’t have my glasses on, so I couldn’t definitely identify them. Today I remembered the camera but there was less insect activity – but such is life. There were some honeybees working the hellebores, and I went so far as to get down on my knees in the flower bed with my elbows in a heap of leaf litter so that I could shoot up at them; it was a damp experience, but quite an interesting point of view, and I’ve put one of those photos in as an extra, but I didn’t like it as much as this simple blossom shot. 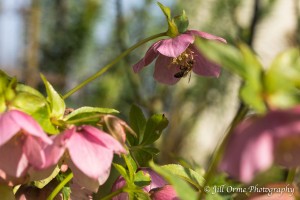 The blossom is on an old and scraggy tree down in the wild garden; it doesn’t fruit, so I’m not absolutely sure what it is, but I think it may be a cherry plum. It’s been flowering for a couple of weeks now, and I thought it had pretty much gone over, but when I took a barrow-load of weeds to the compost heap this morning I saw that it had put on a second flush. This part of the garden is quite gloomy and the pink blossom really stands out, reminding me that even in darkest Worcestershire spring will always arrive eventually.