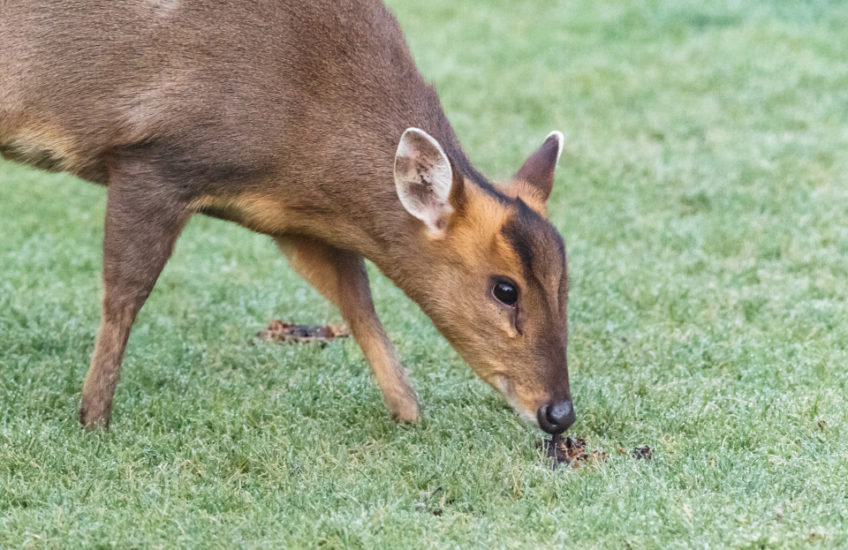 It’s unusual for me to be posting by lunch time, but R woke me at an ungodly hour this morning, (well, 7am – but it felt ungodly) to say there was a muntjac in the garden, tidying up under the bird feeders. I tottered downstairs with the Big Lens, and there was this pretty little doe.

The light was poor at that time, and I hadn’t wasted time changing to the 5D which would have handled that situation better than the 70D, so all of my first set were very noisy indeed – but I’m still quite pleased with them. I’ve added two extra shots; I almost featured the first of those because it’s slightly crisper than this, but I prefer the composition of this one, and the fact that you can see her head markings better. The second extra was taken when she came for a second snack about half an hour later – she made it almost to the feeders but wasn’t happy that she could see me in the conservatory, so she left again, stopping momentarily to delicately scratch her chin with a hind hoof. 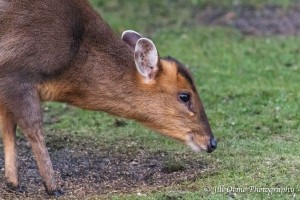 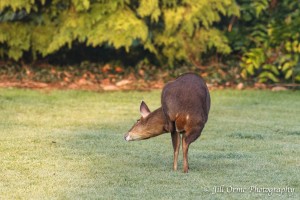 All the while she was around, Arthur was desperately trying to persuade us to let him out in the garden, but there was no way that was going to happen: even at his advanced age, the sound of him singing joyfully as he works a fresh scent is enough to wake the entire village. Plus, muntjac themselves can make a terrific din if they’re startled. The dogs once found a juvenile in the far garden and chased it into a fence, where it got stuck; we pulled them away from it and shut them in the house, but when R went back to try to help it free itself, it screamed at him repeatedly like one of the aliens in [i]Invasion of the Body Snatchers[/i] – he came back ten minutes later looking absolutely wrung out.

There’s some quite good information about muntjac here.