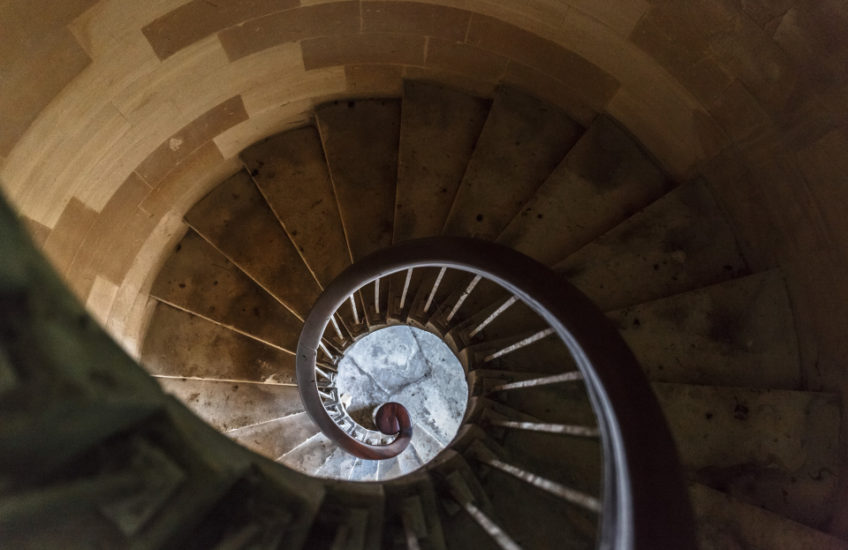 It was another utterly dreary, dank, dark day here today – but were my spirits dampened? No, they were not. I was positively skipping, because this morning I received the expected call to say that the MX-5 was ready, and when would I like it back? “I’ll be over within the hour,” I replied – and puttered away in the Skoda, relieved that the only hill of note between here and Tewkesbury sloped in my favour.

Having collected my now immaculate roadster, I zoomed off to nearby Croome, where the Panorama Tower was having one of its occasional open days – knowing that the chance of seeing more than a few hundred metres through the murk was slim, but skittishly deciding to brave it anyway. The Trust was running a shuttle bus service from the house to the edge of the field in which the Tower stands, which was very welcome, but the field itself was a bit of a swamp, and I was sad to discover that my favourite walking boots are no longer as waterproof as they once were. Nonetheless it was worth the walk – as you can see in the photos I’ve put on Facebook the Tower is an interesting building. You can also see that my supposition about the view was correct. There will be other open days though, and even in Worcestershire the sky clears occasionally – so I hope to bring you better images later in the year. For today I’ve decided to feature this view down the staircase, partly because R and I both really like it, and partly because I’m quite pleased with myself for having to overcome vertigo, near darkness and the need to grab the shot and get out of other people’s way, and still managing a reasonable photo.

Heading homewards, my iPod treated me to so much Happy Driving Music that I’m spoiled for choice in what to offer you. Even though I’m not a huge fan of Will Young, I love this song, and it really worked as a zooming through the lanes soundtrack. Then, in a completely different mood, I received one of my favourite Plant/Krauss duets – a song which breaks my heart a little bit every time I hear it. And then, changing mood again, it gave me this wonderfully strange number from Scottish singer Rachel Sermanni – Child Two gave me her album Tied To the Moon for Christmas, and he was absolutely right in thinking that I would enjoy her music: she’s marvellous.