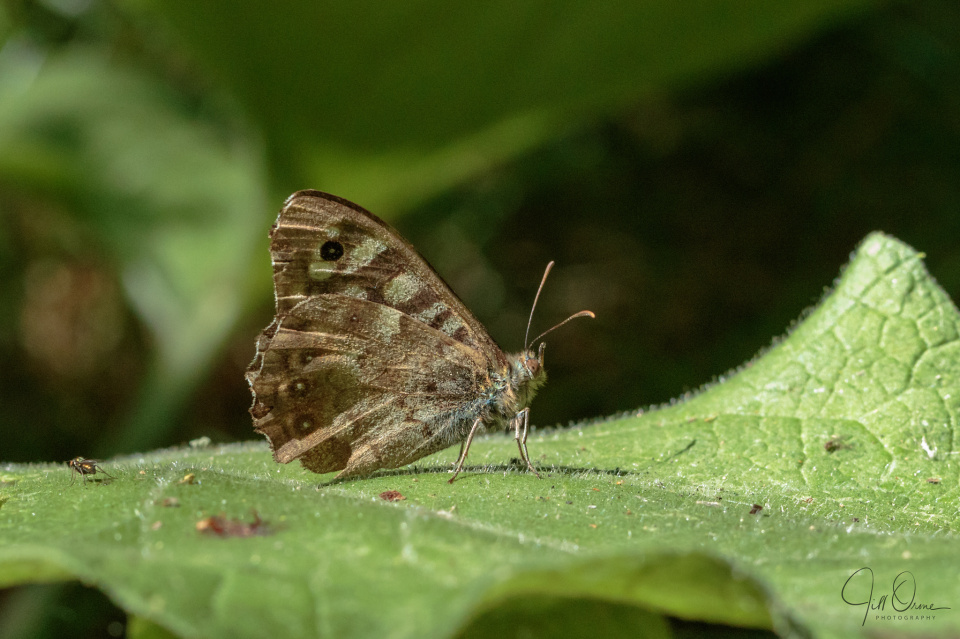 Today was one of those bitty days: a bit of back processing, a (very tiny) bit of work, a bit of gardening (eeeurgh)… and quite a lot of messing about on Twitter, speaking sharply to Boris Johnson, when I should have been doing one of the other things.

I did manage a walk at Trench Wood after dinner, and had the pleasure of watching at least thirty Purple Hairstreaks playing in the golden evening light. But I arrived just a little late, when the rides were already in shadow, and the butterflies were quite high up, enjoying the last of the sunshine around the trees and taller saplings – so I’d have needed a longer lens than I had with me to have captured good shots. A pity, because some of them were busy making baby Purple Hairstreaks, but maybe I’ll get postable photos of that on another visit.

This Speckled Wood wasn’t at Trench, but in our far garden this afternoon. For the past few weeks we’ve had a resident pair of quite quarrelsome males – they manage to live in a state of armed truce provided neither strays so much as a millimetre onto the other’s patch, but as soon as they catch sight of one another a furious battle takes place, which can go on for several minutes. Butterfly fisticuffs always put me in mind of the fight between Colin Firth and Hugh Grant in the second Bridget Jones film – lots of running about and arm waving, but both of them trying very hard not to get their faces marked – but I’m sure to the butterflies it’s a serious business. The pair that live here must be fairly well matched, I think, because their fights always seem to end in a draw, with no-one ceding any territory and both parties retiring to their respective corners to smooth down their ruffled dignity – which is what this one was doing when I took his portrait. I like it because you don’t see the underwing markings of a Speckled Wood very often.