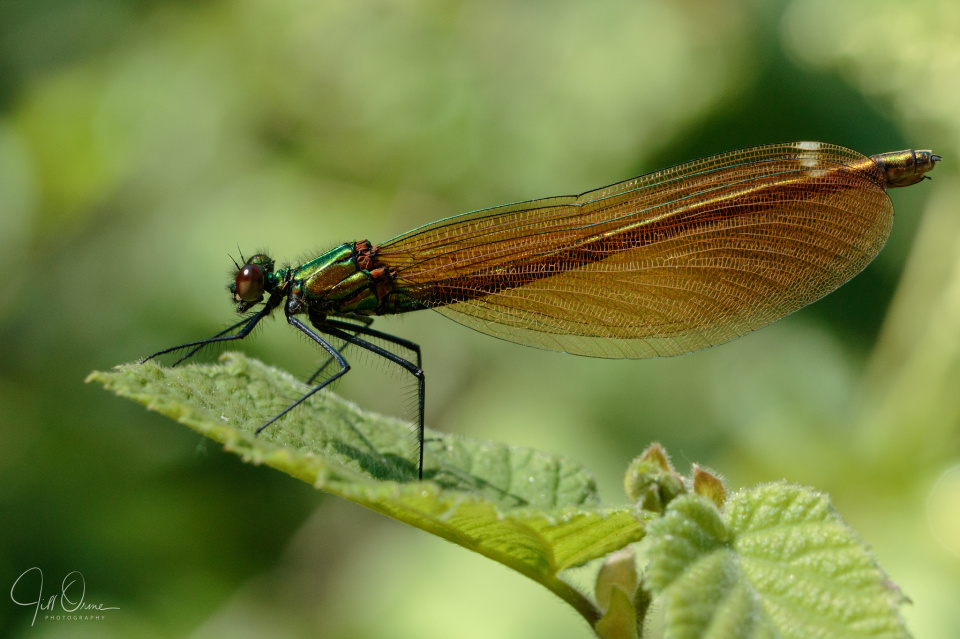 I took another trip to Trench Wood this morning, in search of hairstreak butterflies.

I didn’t care enough to ask, but I did wonder what he’d been expecting me to say. Vultures, maybe? Orcas? The Loch Ness Monster?

Anyway, I had a lovely time trawling the wood for hairstreaks. The Purples (which I can’t stop myself thinking of as Silver Hairstreaks, because they look silver when the light catches them as they fly) were out in force, browsing for honeydew on the low vegetation; it was too windy for them to want to bask, so I was deprived of open wing shots, but I still came away with dozens of photos of them going about their business on various different leaves.

I was also looking for White-letter Hairstreaks, which were seen at Trench yesterday, but I walked a long way without spotting any. You’ll know the score on this by now though: these little butterflies aren’t easy to find, because they spend most of their lives up in trees – in their case elm trees – and elm trees aren’t easy to find, because over the past fifty years we’ve lost most of them to Dutch elm disease. In fact it was feared at one time that the loss of the country’s elms might lead to the extinction of the White-letter Hairstreak, but it can breed on wych elm, which has some resistance to the disease, and the butterfly seems to be managing to hang on at some sites, though it’s still regarded as endangered.

So there I was, wandering along one of the rides, peering at the trees and trying to pick out the elms (my abilities as a botanist are truly woeful – I don’t know why they don’t teach you useful things like this in school, instead of differential calculus and how to dissect a dogfish), and I happened to glance down just in time to skid to a halt, right next to a White-letter Hairstreak that was noodling along the ground. The first one I’ve ever seen, so very exciting, but it was determinedly getting on with its day and not stopping to chat, so I couldn’t get a decent photo. By crawling along after it I did manage some record shots, but then it wandered away under a leaf and didn’t reappear – so (of course) I’ll have to go back another day to try to capture some better portraits. I’m not going to show you any of my record shots, because frankly they’re embarrassing, but if you’re interested there’s quite a good page here about the WLH.

Luckily this Beautiful Demoiselle was prepared to pose for me; she lifted off several times, either to hunt or because she was bumped by another insect (once a bee, and once a Silver-washed Fritillary), but each time she came back down onto the same leaf. When I first noticed her there was also a male, sitting a couple of feet away on the same bush, but he was camera-shy and I only managed a couple of shots of him before he fled. I’m especially pleased to have found Beautiful Demoiselles at Trench Wood, because they’re much less common in this part of the world than their Banded cousins.