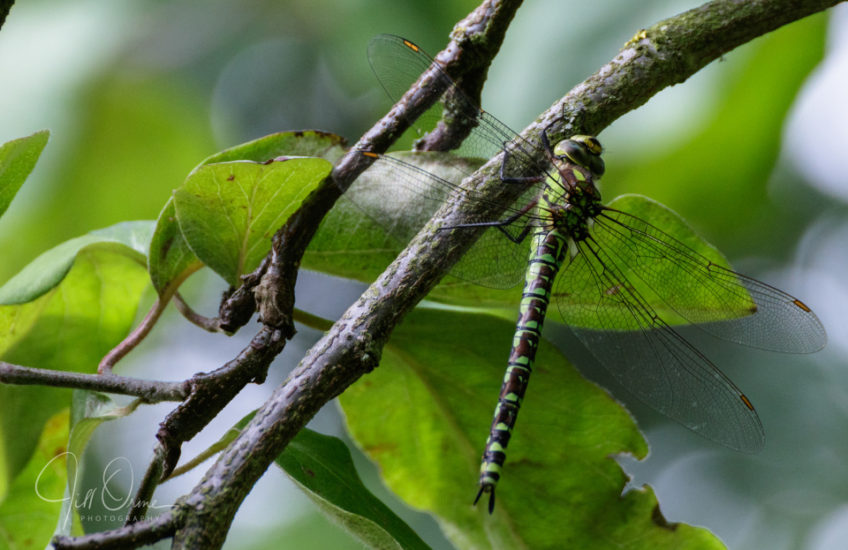 It rained heavily this morning, but the forecast said that we would get some sun in the late afternoon, so I put off trying to get any photos until then. As promised the sky cleared and the light improved, so I went off to the butterfly meadow with a long lens to see what I could find.

I was happy to see that there are now several Brown Argus around the footpath in the lower section of the field, but sad that even though they’re newly emerged they’re already looking quite battered. This isn’t surprising given the strong, gusty wind we’ve had here for the past few days, which is whipping the long grass around almost constantly; but it doesn’t bode well for a long flight period for these tiny butterflies.

The Common Blues, having tried the lower field a couple of days ago, have now apparently decided that they prefer the upper part after all, and were merrily chasing each other in and out of the brambles and thistles. Having walked both the lower and upper sections and taken a reasonable number of shots, I was about to leave the meadow when I suddenly spotted a Small Copper by the upper path and was also able to get some better photos of that. It was in the opposite corner of the field to where I spotted one on Monday, so it may be a different individual.

Back at home I went out to check on the Cinnabar caterpillars while I was waiting for the kettle to boil; surprisingly I only found two, which seems a severe rate of attrition for something that’s supposedly unpalatable, and I find myself wondering if there are more things that can eat these larvae than one normally hears about. As I turned to go back to the house a pair of Southern Hawkers suddenly appeared and began flying hunting circuits right in front of me; I tried to capture some flight shots, but the light was fading and they were moving much too fast, so in the end I simply stood and watched them, delighted by their display of speed and grace. After maybe five minutes the male disappeared into a neighbour’s garden and the female moved down into our far garden, where she almost immediately caught something. She landed in the quince tree to eat her snack, and even though she was quite high and the angle wasn’t ideal, the long lens was able to get me some passable shots of her.

I have, as usual, havered about what to post: I have quite nice images of all three butterflies, and also of what I think is a Lesser Marsh Grasshopper – but in the end I chose the Hawker, to remind me of my front row seat at a magical aerial display.