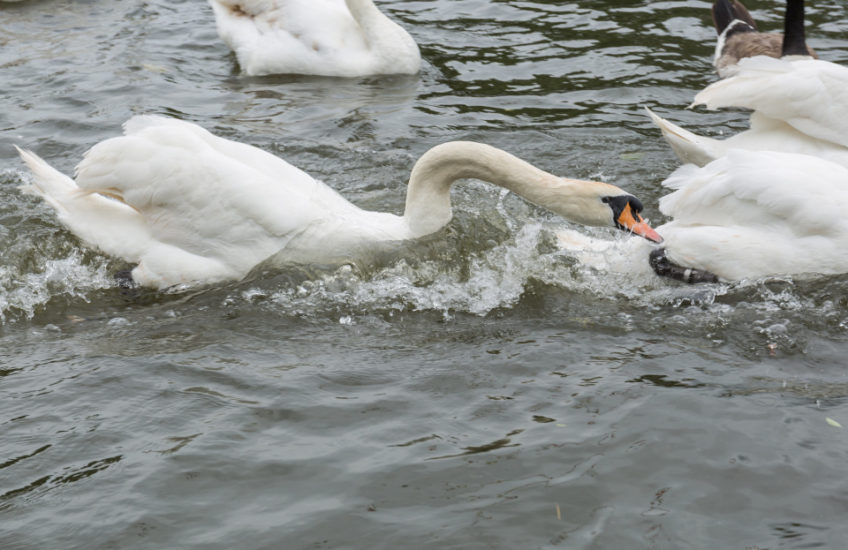 If you’re lucky enough to live outside the UK and you’re already bored comatose by British politics, please look away now. If you’re struggling to understand the mess we’ve created for ourselves, I’ll do my best to shed some light into one or two of the corners.

The BBC has done pretty comprehensive breakdowns of the demographics here, but essentially the groups most likely to have voted Leave at the referendum were people over 45, those with lower levels of educational attainment, and those most strongly self-identifying as “English”. People below the age of 35 voted strongly in favour of Remain, especially those in the 18-24 age group, but didn’t turn out to vote in large enough numbers to sway the result the other way. Crucially, not one count in Scotland was in favour of leaving the EU. The vote in Northern Ireland was split, with some areas coming in for Remain, and others for Leave, but overall there was a majority vote in favour of the EU.

It’s clear that the issue of migration into the country was a significant factor in the Leave vote, even in areas which have low levels of inward migration. The general consensus is that people in the former industrial heartlands of England and Wales feel ignored and marginalised by those in power, and have taken the opportunity to register a huge protest vote. Some did so in the apparent belief that their vote wouldn’t count, and are admitting to regretting it – only to find themselves despised by pretty much everyone in both camps.

Since the result came in, the following things (some no doubt far more important than others, but all interesting in their own way) have happened:

1. David Cameron – the man who bet his political future on being able to bring this one home, and lost – resigned almost immediately; an event which didn’t surprise me at all, but appears to have caught a lot of other people off-guard. Boris Johnson, the man who would be king and who is really only cut out by nature and nurture to do smug and triumphant, looked at his own press conference as though someone had peed on his cornflakes. This all becomes rather more explicable once you know that:

2. There is no post-Brexit plan. Cameron didn’t have one because he didn’t plan on losing, and it now appears, according to Sky News journalist Faisal Islam that the Leave Campaign don’t have one either. They thought Number 10 would deal with it – and Number 10 did deal with it, by throwing down its bat and going home, leaving it to someone else to sort out the mess.

3. The person who is dying to deal with the mess, UKIP leader Nigel Farage, has been told by his co-conspirators that his input is no longer required, thank you, and that he can now take himself back off to his cave. Hardly surprisingly he is not amused, and insists that as an MEP he will make sure he is involved in the Brexit negotiations – the delicious irony of which is that a man who loudly loathes the EU and all its works (other than the salary and expenses to which his position entitles him) is now trying to use that institution to legitimise his own position.

4. The Brexit vote has triggered immediate calls for referenda from far-right parties in France and The Netherlands, and worried EU leaders would like to neutralise the British Situation as soon as possible by booting us out of the club. Sadly for them they have no means of doing this – Britain itself has to begin the process of divorce, and until the British Government does so by invoking Article 50 of the Treaty on European Union all they can do to vent their displeasure is be hateful to David Cameron (for whom I wouldn’t bother feeling too sorry) by uninviting him from scheduled meetings.

5. David Cameron’s old mucker George Osborne, Chancellor of the Exchequer (a.k.a Gideon, or simply ‘The Gidiot’) has not been seen in public since the result was announced – though there’s a rumour that he might be planning to adopt human form briefly tomorrow in order to appear on camera and make a statement. Speculation is rife, inside my head at any rate, that his medium-term plan might be to administer poisonous bites to the vulnerable fleshy bits of Boris Johnson and Michael Gove, then get himself elected leader of the Tory party and give his old job to his chum CallMeDave. Thus would the proper status quo of the poor man in his cottage and the rich man in his hall be maintained.

6. Most of the smart money appears not to be favouring my poisonous bite theory, but the belief that Boris Johnson will be elected leader of the Conservative Party (by the 100,000 or so people who are entitled to a say in that decision) – and thus, by virtue of the (slim) Tory Parliamentary majority, Prime Minister. It’s worth remembering here that most of the smart money was on the Leave Campaign losing the referendum, which might make you wonder how much more smart money its owners are prepared to risk losing, but stepping around that, one can only hope that more than a few of the 100,000 will remember this character assassination of Johnson by his former boss Max Hastings, in which Hastings states, “He is not a man to believe in, to trust or respect save as a superlative exhibitionist. He is bereft of judgment, loyalty and discretion.” What a treat the smart money says we have in store. Alternatively, it’s always possible we might be given the gift of Theresa May, a woman who has spent years meticulously remodelling herself in the image of Margaret Thatcher. Theresa May always wears nice shoes, which is important in a Prime Minister.

7. If you’re asking by now “But what of the Opposition?”, you’re not alone. My own personal, determinedly neutral attitude towards Jeremy Corbyn (elected Leader of the Opposition a year ago via a substantial popular vote, and embattled in Parliament and among his own colleagues ever since) shrivelled and died during the referendum campaign; Corbyn has always been Euro-sceptic, and it looks very much as though his weakly pro-Remain position was only adopted because the Shadow Cabinet had one of his arms twisted up behind his back. He refused to share a platform with CallMeDave (because Dave has always been horrid to Jeremy at PMQs, one can only assume), leaving it to the veteran Blairite Harriet Harman to do the grown-up and statesmanlike thing and appear shoulder to shoulder with senior Tories during the campaign. Yesterday the Shadow Foreign Secretary Hilary Benn, son of the late Labour Cabinet Minister Tony Benn and thus the nearest thing to Royalty the Labour Party owns, phoned Corbyn and told him he was an idiot and should resign. Corbyn responded by firing Benn, and today one member of the Shadow Cabinet after another has quit – to the point at which I’ve now lost count of how many have gone. Corbyn says he’s the leader and he doesn’t care. I suspect he probably does care. If he doesn’t care, Hilary Benn is right – he’s an idiot.

8. All of this leads to a scenario I don’t remember arising before: both the main political parties are now in turmoil at the same time, both are likely to be staging leadership elections over the next few months, and it’s quite likely there will be a General Election this side of Christmas – leading one to wonder who is actually going to be steering the Ship of State (or even sitting in the crow’s nest looking out for icebergs) while the country is trying to come to terms with what it’s done to itself. The leader of the LibDems, a man so unimportant even his own family struggle to remember his name, pledged yesterday that he would keep Britain in the EU after the next election. Britain smiled indulgently and said, “Bless!” And then, there’s always Nigel Farage and UKIP…

9. There is a joke going around that as the only thing now uniting the country is its currency, the United Kingdom should be renamed Poundland. This is funny until you look at the referendum fall-out already landing on Northern Ireland, where Republicans have called for a poll on a united Ireland; and on Scotland, where a second devolution referendum is now a distinct possibility. In today’s most interesting news, Nicola Sturgeon, First Minister of Scotland and one of the most impressive politicians of this generation (though that may be damning her with faint praise) has suggested that Scotland might refuse to give consent to the implementation of the Leave vote, on the grounds that it’s against the clear will of the Scottish people. Constitutional lawyers are now lining up to point out that Scotland can withhold consent but not actually veto the implementation, but it raises the possibility of some very interesting discussions between Holyrood and Westminster over the next few months – if Westminster can find anyone to put up who’s capable of holding their own in a debate with Nicola Sturgeon, which is questionable. A friend of mine told me earlier today that she’d sent a message to Nicola Sturgeon, saying in effect, “Help us, Obi-Wan Kenobi. You’re our only hope.” Please understand – I’m not making fun of her for that. I’d have done it myself, if I’d thought of it first.

10. Appallingly, over the past couple of days there have been a number of racist attacks across England, against people whose speech or appearance marked them out as appearing to be non-English (though some were, in fact, English-born). It seems that the far-right has been emboldened by the Brexit vote, and its supporters now believe that they can get away with shouting abuse at women and children, putting hate mail through the doors of migrant workers, and in at least one instance physically assaulting people in a public street. I have nothing even slightly ironic to say about this: it shames me as an English person, it offends me to the core of my being, and it makes me wonder how the hell we will ever put the lid back on the Pandora’s box we have apparently opened here, and get back to being able to live with ourselves, each other and our neighbours. We need strong leadership now, and it appears we have no leadership at all.

I fear for the future. I wish I had answers, but like most other sentient people in the country I only have questions.

“If you have been, thanks for listening.”