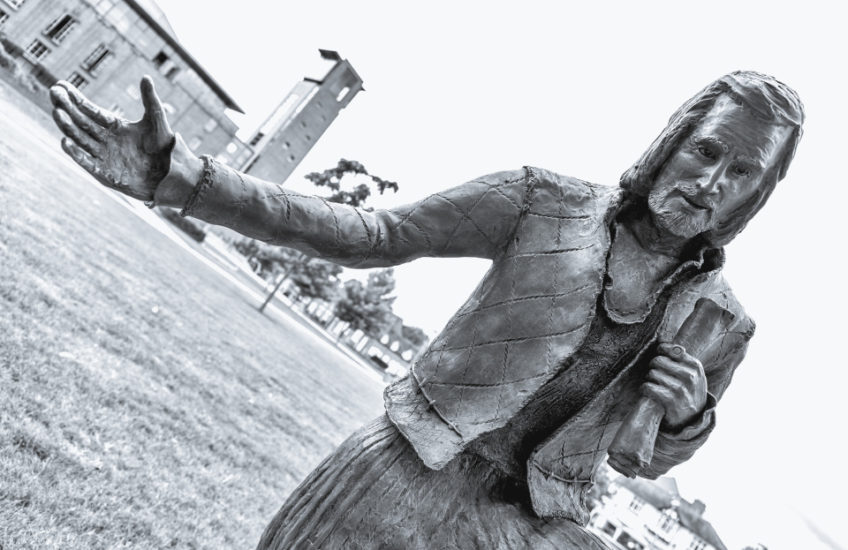 “Oh Will, it’s gone horribly wrong round here, with this damned referendum. What do you think about it all?”

We have seen better days.

“You can say that again. I’m still not sure how the vote went the way it did, against the advice of virtually every economist who voiced an opinion.”

‘Tis pride that pulls the country down.

“Sadly, I think there’s a lot of truth in that. Though both the official Leave and Remain camps staged pretty horrible, and I think mendacious, campaigns.”

Get thee glass eyes; and, like a scurvy politician, seem to see the things thou dost not.

“Quite. But whoever’s to blame, it doesn’t help us now – I’m really worried about what’s going to happen next.”

I have a faint cold fear thrills through my veins, that almost freezes up the heat of life.

“Ummm – yes… I do see what you mean…. but I’d hoped for something a little more reassuring from you…?”

’Tis true that we are in great danger; the greater therefore should our courage be.

But screw your courage to the sticking-place, and we’ll not fail.

“Great! Thanks Will – you’ve made me feel much better.”

Lay aside life-harming heaviness, and entertain a cheerful disposition.

“Whoa! Hold your horses there, cowboy – I’m not quite ready to go that far. I’m still pretty angry – especially with the million people it’s reckoned now wish they had voted Remain, rather than Leave.”

Praising what is lost makes the remembrance dear.

“Bit bloody late though, isn’t it? And as for Johnson and Gove….”

Here comes a pair of very strange beasts, which in all tongues are called fools.

“Well, one of them at least. I’m not sure I’d call Johnson a fool.”

The prince of darkness is a gentleman.

“I wouldn’t call him a gentleman either. Sly, certainly; manipulative definitely…”

He uses his folly like a stalking horse, and under the presentation of that he shoots his wit.

“Absolutely – his big buffoon act is just that. Whereas Gove…”

This is a slight unmeritable man, meet to be sent on errands.

“Would you trust him to run an errand? I wouldn’t. And then there’s Farage…”

By the pricking of my thumbs, something wicked this way comes.

“I’m with you there. I don’t know how he’s managed to position himself as The People’s Champion, when in my opinion he’s anything but.”

This fellow’s wise enough to play the fool, and to do that well craves a kind of wit.

“True enough. If there’s one small mercy, it’s that he can’t stand for the leadership of the Tory party, now that Cameron has resigned.”

The big round tears cours’d one another down his innocent nose, in piteous chase.

“So I hear. Forgive me if I keep my sympathy for people who deserve it. Apparently the bookies think Johnson’s a shoo-in to replace him.”

“I beg your pardon?? How very dare you!! Oh, I see! Him, not me. Well, fair enough – but we live in different times Will, and I don’t really go in for wishing violence on people. Not in writing, at any rate. I’m still hoping that Theresa May might put one of her Louboutins into him, metaphorically speaking of course, and win the leadership.”

In her days every man shall eat in safety under his own vine what he plants; and sing the merry songs of peace to all his neighbours.

“I wouldn’t go that far. Someone described her yesterday as Ming the Merciless in a wig – I think it’s got something to do with all the years she’s spent learning to impersonate The Blessed Margaret. But at least she’s got principles…. even if I disagree with most of them. What do you think of Corbyn?”

“Mmmm – that’s definitely true of the Parliamentary Party, though he still seems to be riding the tail-end of the wave of support that put him in charge last year.”

His promises were, as he then was, mighty; but his performance, as he is now, nothing.

“Yes…. sad, really. But I fear you’re right. It’s been really helpful having this talk with you, Will. Do you have any other advice you think I should bear in mind?”

Love thyself last: cherish those hearts that hate thee; corruption wins not more than honesty. Still in thy right hand carry gentle peace, to silence envious tongues: be just, and fear not. Let all the ends thou aim’s at be thy country’s, Thy God’s, and truth’s…

“Crikey! That’s a bit heavy – not sure I’m up to carrying all that. I’ll do my little best – though really, you could do with saying it to the politicians. But then again, thinking of some of our politicians – Heaven help us…”

Our remedies oft in ourselves do lie which we ascribe to heaven.

“Fair enoughski Will – you’re right again, of course! Great chat, must do it again soon, yada, yada, kiss, kiss. Love to Ann and the kids. Laters!”

P.S. If you need  a little light relief, I recommend this.