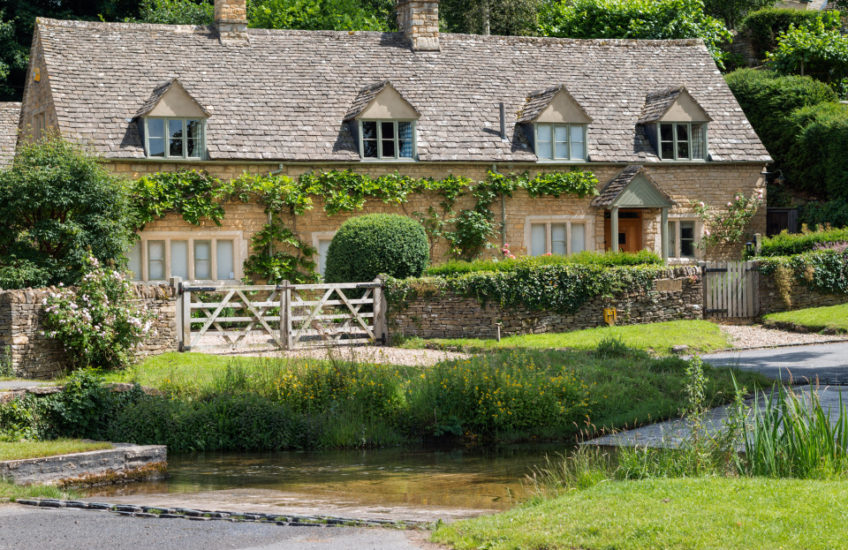 Well, it’s been a funny old day. Are you sitting comfortably…?

Yesterday the kettle broke – which is to say that it repeatedly turned itself off shortly after being switched on. When I investigated more closely, this turned out to have been (probably) a good thing: the water container had apparently been leaking for some while, down through the base unit which holds the electrical components (and into an oiled hardwood work surface). The kettle is ten months old, meaning that it’s still under warranty; but it was bought from John Lewis in Solihull, which is upwards of thirty miles from here.

I had busy days in prospect today and tomorrow, so I didn’t see how I could manage a trip to Solihull before Saturday. Then I thought about going to Solihull on a Saturday. The last time R and I went to Solihull on a Saturday we had to park somewhere up in the Black Country and use a smartphone mapping app to to help us find the Touchwood shopping centre on foot. I suddenly decided that actually I could probably fit in the trip this morning, and still get back to Stow-on-the-Wold by 1pm – so off I zoomed.

All went well until I reached the M42, which from the roundabout above the junction resembled a car park. I was about to veer away from the slip road and turn back homewards when the traffic started to move, so I took a chance and carried on down onto the motorway. Three quarters of an hour and approximately two miles later, I decided to give up sitting in searing heat in the midst of everyone else’s exhaust fumes, and being graciously allowed out of the inside lane by other drivers was able to peel away onto the M40 and hightail it down to Stratford. I just had time to go to the bank, grab a cup of coffee and swing round via home to collect my camera, when it was time to set off to Stow.

Have you ever been in one of those queues of traffic moving at 38mph in a 60 zone, trying to keep a reasonable distance behind the car in front so that the increasingly irritable accelerator/tailgate/brake business in front doesn’t affect you, and bestowing the traditional cheery Anglo Saxon* greeting on every person who treats your safety gap as an open invitation to whip round you and bump themselves one car up the queue; and found yourself thinking If someone would just do the decent thing and kill the driver at the front of all this, the rest of us could get on with our lives.? No? Just me? You’re obviously far more Zen than I am. I love driving my little roadster, and generally do it in a spirit of mindfulness, but I confess to finding mindfulness somewhat trying when the moment is just so bloody irritating.

Anyway, eventually some clear road appeared, the foot went down, the hair went everywhere and the spirits rose. It was, after all a lovely day for a drive. I had Muse, I had Barbra, and I had Mozart (I once saw Kiri sing this live, btw – opposite Tom Allen: yes, it was fabulous), and really, what more could you want? I even drove straight into a parking space in Stow, something which is normally impossible between the months of April and February: life was feeling good. I had a very interesting chat with my hairdresser about the holistic training of horses, about which she’s passionate (no “What are you doing at the weekend?” from Tabitha), and an entertaining one with her cutting master Guy Cammanaro, who is Italian, charming and funny, and flirts with everyone – including (or maybe especially) old trout like me.

Leaving Stow, I suddenly thought that both you and I might find it amusing if I popped over to Lower Slaughter and took some photos there. And we probably would have, except that I couldn’t park, or even stop and grab a shot over the top of the windscreen – the place was rammed. So I carried on to Upper Slaughter, which is tiny by comparison with its more famous neighbour, but very pretty and has this rather sweet little ford. No, of course I didn’t drive through it – are you mad? I just got out of the car, took nine photos from various angles, then got back in the car and left – which seems to be many people’s idea of sightseeing these days, but isn’t my usual habit – but really, it is a very small place.

The road between Lower and Upper Slaughter is single track, with passing places. I always find driving on these kind of roads a rather anxious experience, though usually there is little or no problem – a kind of unwritten code exists about rights of way, and who should back up when, and most people are prepared to be patient and even good-humoured about the situation. But there’s always one, isn’t there? I’m driving along, cautiously, for obvious reasons, when I find bearing down on me a humongous black and silver Range Rover with tinted windows. I stop. It stops. Then it comes on again, in the middle of the road. I know there is no passing place close behind me, but I’m left with little choice but to start reversing, so I do it, slowly. Eventually I get to a very slight widening on my side, which has been cut by larger vehicles than mine into a very solid-looking bank. On the other side of the road is a fairly steep verge and a hedge. As I cautiously back my little car into the the widened area, Mr Range Rover roars theatrically up onto the verge to get round me, drops his window and says “Just get in there, for God’s sake!”

I did point out the relative sizes of our cars, the fact that this was not a proper passing place, and the risk to the MX-5 (which is made, I believe, of tin foil) of hitting a solid bank. However, Mr RR then decided to broaden the scope of his presentation, and include in it the extreme unsuitability of middle-aged women with poor driving skills taking their idiotic cars down any road he himself might choose to occupy. “Love.” I know that I should not have lost my temper at this point, but in my defence I can think of perhaps four people on the planet who might on occasion call me “Love”, and none of them is a fat, sweaty, gold-encrusted misogynist with dubiously-coiffed, Trump-yellow curls, who considers that the possession of the magical trinity of money, a large car and a Y-chromosome bestows the right to push other people around. And if I’m embarrassed at having gone postal, it’s simply because I’d rather have come out with something wittily crushing than the Anglo Saxon* invective I turned on him. But you know – heat of the moment, etc.

As I roared away, almost literally steaming, and began constructing a mental diatribe which included the word “MEN”, I quite suddenly remembered that not two minutes before meeting Mr RR I’d had an encounter with another man, also driving a large 4×4, whose response to me dropping my car backwards down a hill into a gateway so he could pass had been to wind down his window and say “Thank you so much! You are a Knight of the Road!”, which had amused me greatly at the time, and still did in retrospect.

Men – who knew that they’re not all the same?!!

*Anglo Saxon: I have Scandinavian ancestry – certainly on my Dad’s side, because he took a DNA test for me when I first got into genealogy, which demonstrated his deep ancestry very clearly; but almost certainly also on my Mum’s, because her family name derives from a Scandinavian term, and is peculiar to a tiny bit of England which is known to have been settled by the Danes. So I probably wouldn’t be English at all, but for the fact that the so-called Vikings only did viking when they first arrived, and then settled down, set up farms and communities, and traded and eventually intermarried with the locals. In other words, they assimilated, and became part of the big, mongrel gene-pool in which most of us are swimming. And the abrupt, guttural and emotionally satisfying expletives which we tend to term Anglo Saxon have an equally confused past: equivalent words exist in Danish, Norwegian, Swedish, German and Dutch – and possibly in other European languages too. All of which makes me even angrier than I might otherwise be about the xenophobia and desire to be separate from Europe which seems to burn in so many of my fellow-country[wo]men, because it’s clear to me that we all have more links and similarities than we do differences.

Except Mr RR. I have no similarities at all with him, and I’m not swimming in his end of the gene pool. Ever.

P.S. I’m still boiling water for tea in a pan on the hob. Sigh….